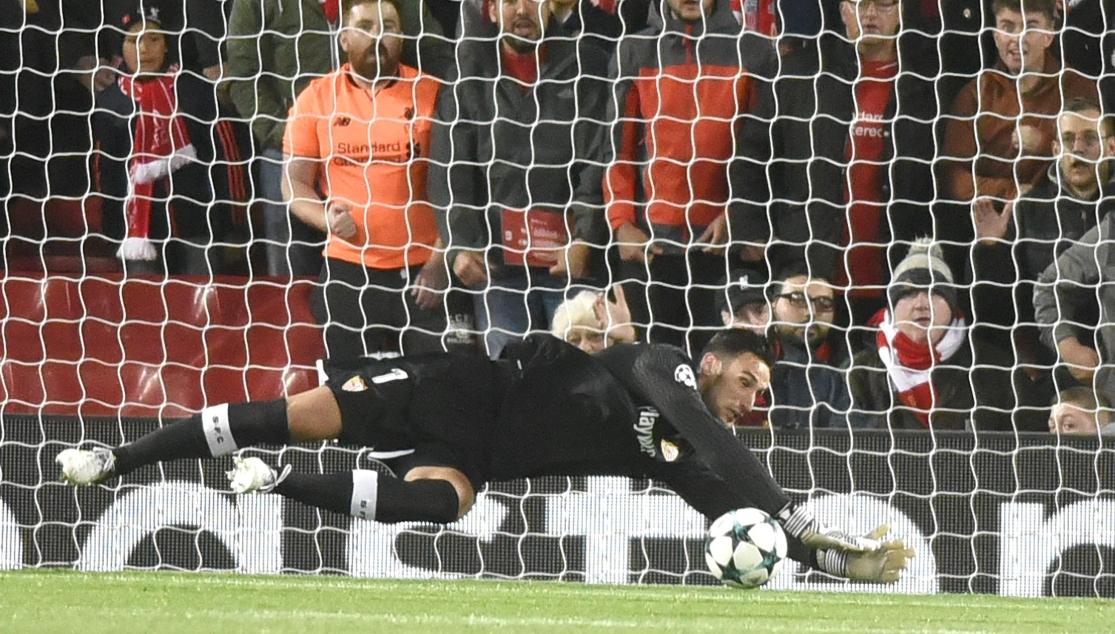 He overtook Palop at Anfield in his 17th Champions League appearance

Rico, despite conceding two goals, was crucial in a dangerous first half which saw Liverpool dominate. With five saves, all equally impressive (perhaps none more so than to deny Mané who aimed to make it 3-1 before the break) the Sevilla keeper continued his impressive run of form which saw him put in another impressive perfomance against Getafe, where he rescued the side on a number of occasions with his sensational saves.