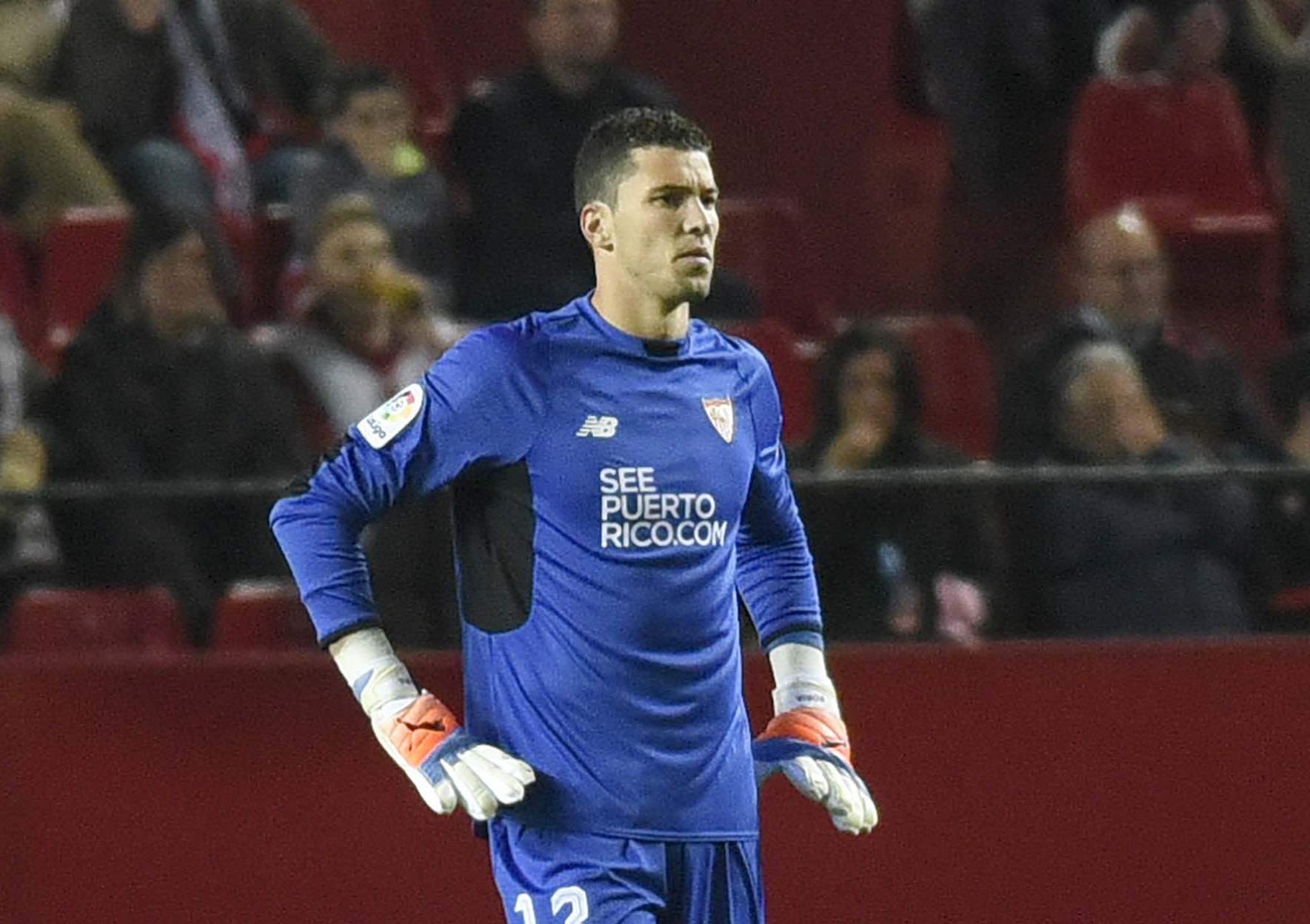 DAVID SORIA: "HOPEFULLY I CAN MAKE MY LEAGUE DEBUT AND END THE SEASON WELL INDIVIDUALLY"

This Thursday marks a year since Sevilla FC lifted their fifth UEFA Europa League trophy after defeating Liverpool in a memorable final in Basel.

One of the main men on that night was David Soria, who spoke to SFC Radio this afternoon both to remember that historic night and talk about the present.

"They're great memories that are never going to be forgotten and that are useful in gaining momentum in any difficult moments that you might have over the course of your career...

I don't remember anything from the match. To be honest I haven't even watched it, I haven't wanted to... It was a match with lots of tension, which went very quickly and which fortunately went well.

When I see pictures that come up, I say "did I do that?" What we achieved, winning three in a row, is historic".

He revealed that "what I remember most is that they told me to enjoy it, that you don't experience this every day, to play as if it were just another game, to be relaxed... It was incredible, because we played against Basel there, but it seemed like a different ground.

I said the thing about the fans when the match ended, it was the magic corner, because there weren't many but you could hear them much more than the Liverpool fans".

"With the hand injury that I had I've been playing catch up all season, which isn't easy to do"

Despite keeping goal in Sevilla's Europa League success last season, the 24-year-old is still to start a league game.

"It's a strange situation," he said. "You've won the Europa League but you haven't made your league debut.

"I've been in the squad for almost two-and-a-half years now and I've still not made my debut, but that's where we're at. No one can take the Europa League away from me."

"Hopefully given the situation that we're in I can make my league debut and end the season well induvidually.

"With the hand injury that I had I've been playing catch up all season and that's not an easy thing to do at a club playing European football with a goalkeeper who is playing well.

Soria has made two appearances this season, both of which were in the Copa del Rey.

"It's been a difficult season," he reflected. "We'd got used to winning titles and then we were left without European competition which makes it feel a longer season. But I think that we've met our objective of finishing fourth.

"Perhaps we still feel a bit sick in the stomach after being knocked out of the Champions League after missing two penalties, but that happens in football and next year we'll go again."