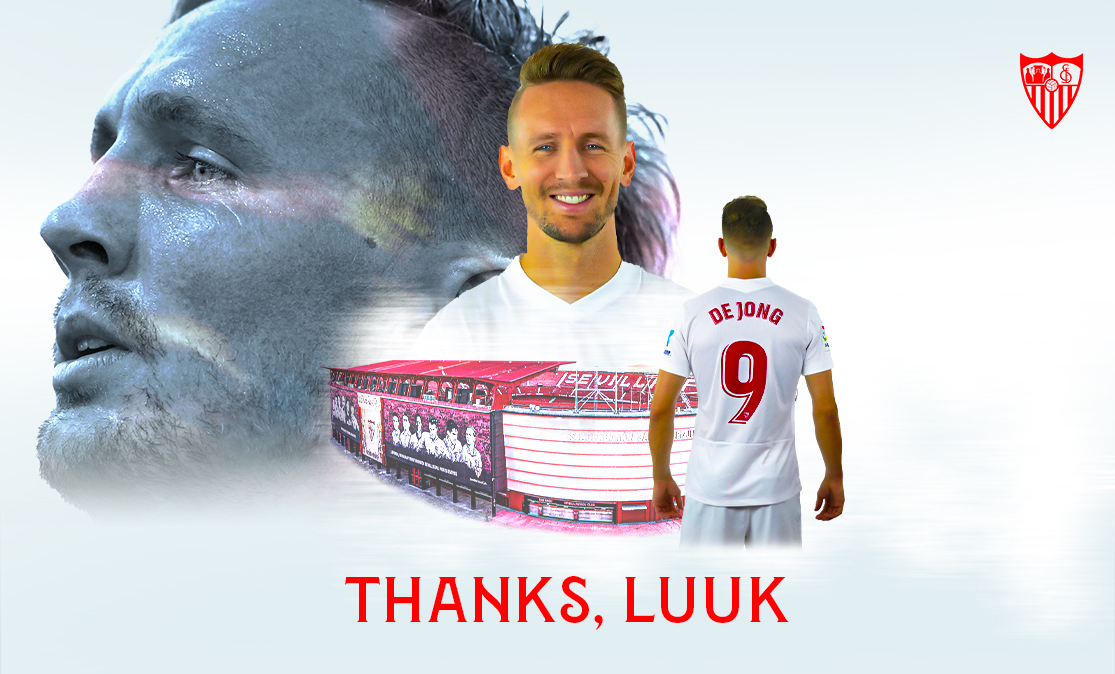 AGREEMENT WITH PSV EINDHOVEN FOR THE TRANSFER OF LUUK DE JONG

Entradilla
After 94 games and 19 goals over two seasons, the Dutch striker spent last year on loan at FC Barcelona

Sevilla FC and PSV Eindhoven have come to an agreement for the transfer of Luuk de Jong to the Dutch side who finished as runners-up in last year's Eredivisie. De Jong signed for Sevilla from PSV in the summer of 2019, making his debut away to RCD Espanyol. His first goal would come in La Liga to secure the three points against Levante UD. He finished the league season with six goals and one assist in 35 matches. He played four games in the cup, scoring one and providing another.

But where he really made history was in the Europa League. Before COVID, he played four matches, setting up En-Nesyri in Cluj. After football returned, he played the four matches in Germany and scored three vital goals: the winner against Manchester United in the semis and two goals in the final against Inter Milan, a performance which saw him awarded Man of the Match. He began the following season in the UEFA Super Cup and would be a key fixture in the league, playing 34 times and scoring four goals. In the Champions League he played six times, scoring two goals against Rennes and Borussia Dortmund. He played seven matches in the cup and scored three times.

On the last day of the summer transfer window last year, he went out on loan to FC Barcelona. He would play 29 games there, scoring seven and assisting one. Sevilla FC would like to thank Luuk de Jong for his commitment during his time at the club, where his name will always be remembered thanks to those magical nights in Germany, and wish him the absolute best of luck in the future.