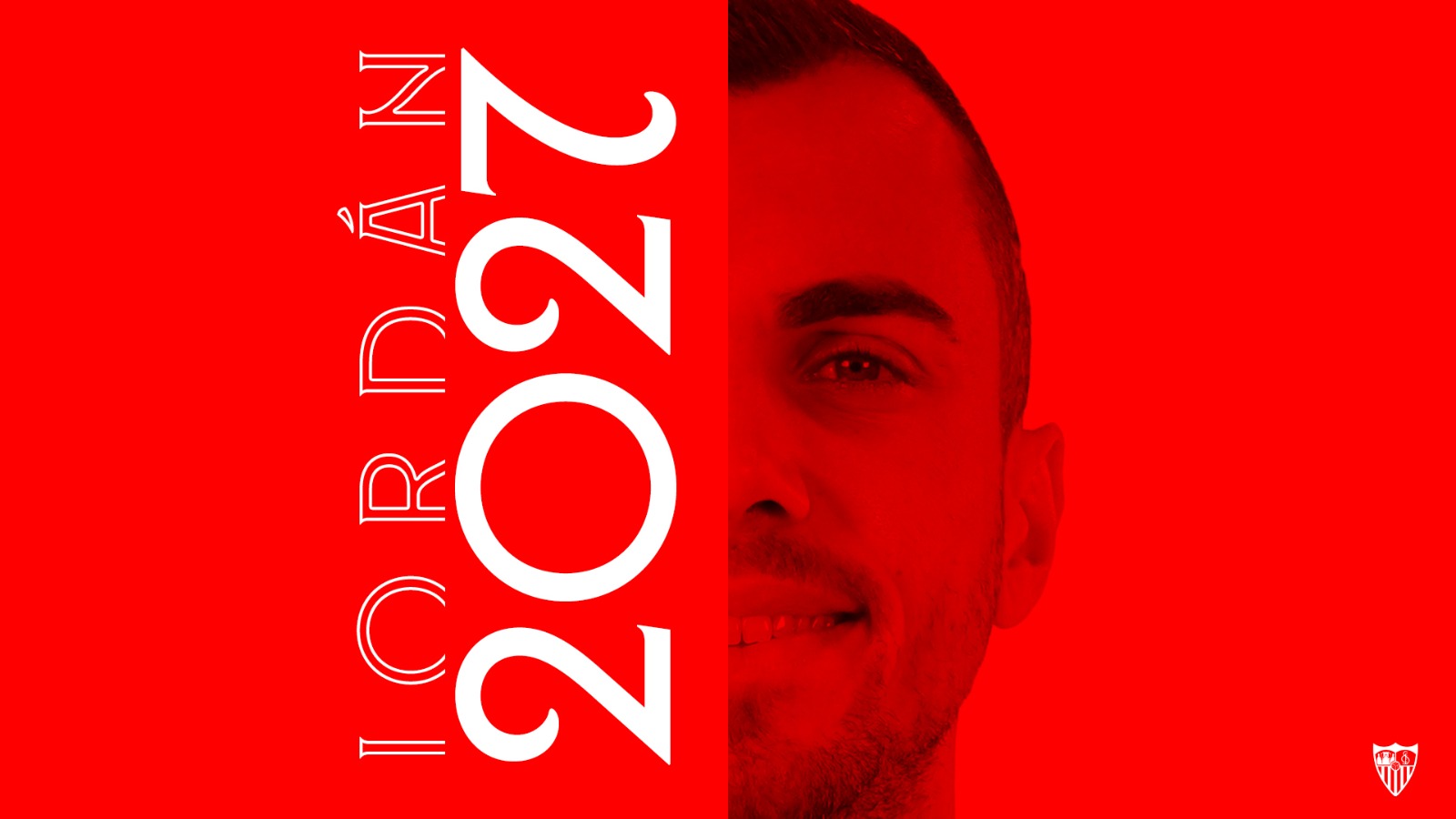 Entradilla
He has made 129 appearances so far, scoring five goals and setting up a further eleven
Cuerpo Superior

A few weeks ago, it was Fernando Reges who signed a contract extension with the club. Today, another midfielder joins him in extending their stay in Seville. This time, it's Joan Jordán. The Catalan midfielder has signed a deal which will see him stay at the club until June 2027, when he would complete his eighth season at Sevilla FC, after arriving in the summer of 2019.

Since his arrival, Joan has been a mainstay in Julen Lopetegui's team, making a total of 129 appearances so far: 91 in LaLiga, thirteen in the UEFA Champions League, ten in the UEFA Europa League, including the win in the final against Inter, fourteen in the Copa del Rey and one in the UEFA Super Cup. In all competitions, he has scored five goals and set up eleven, including some quality assists for Munir against Cádiz CF and Getafe CF.

Jordán's leadership, commitment and feeling for Sevilla FC has been clear ever since he arrived, both on and off the pitch, and they will be present for at least another five years, as one of the pillars of the squad since 2019 extends his stay at the club.