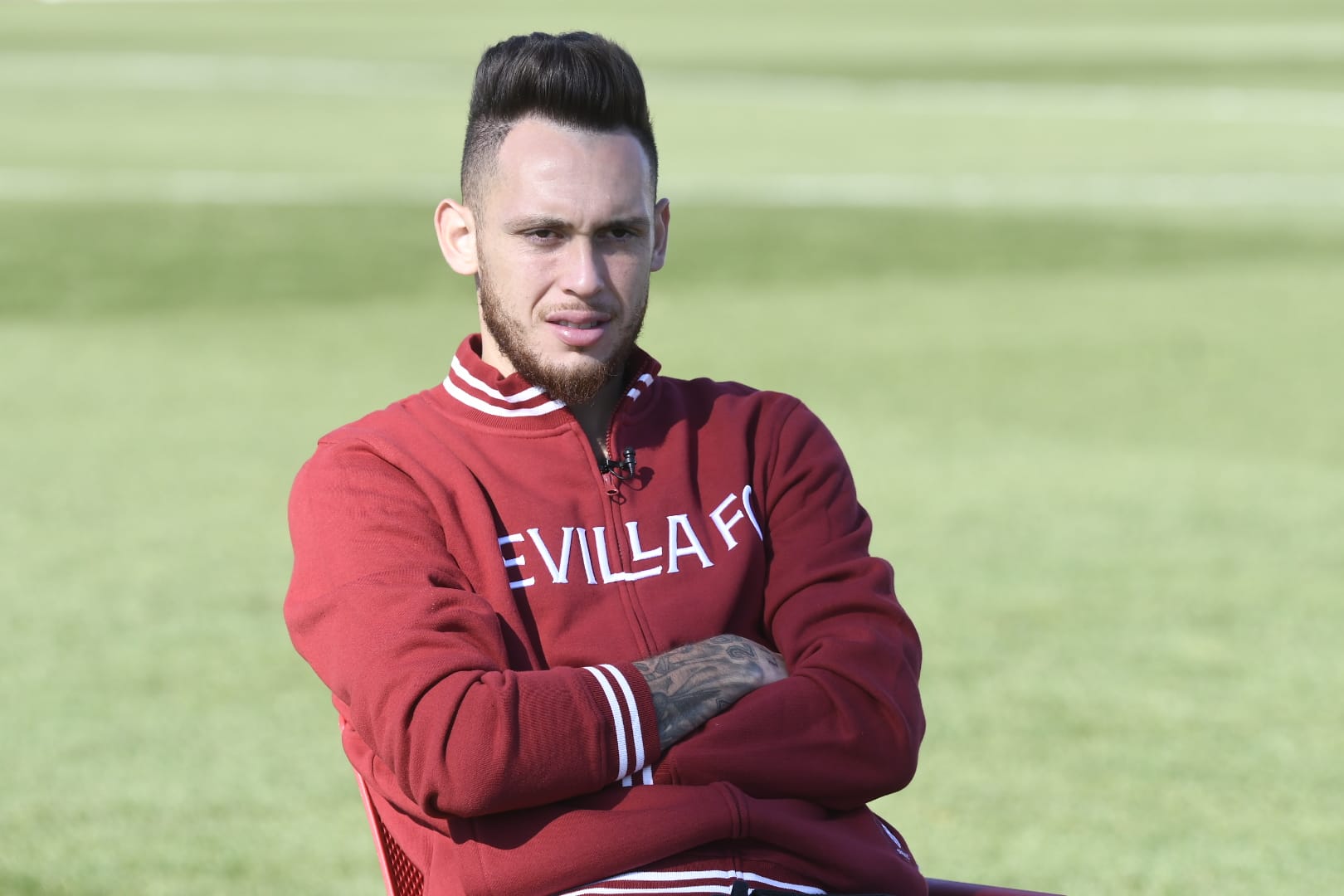 OCAMPOS: "I FEEL MUCH BETTER AND I'M LEAVING BAD FEELINGS BEHIND"

Entradilla
Speaking to club media, the Argentinian recognised that he feels better since the last international break both physically and psychologically
Cuerpo Superior

Just before enjoying some rest days, Lucas Ocampos spoke on Wednesday to club media in a live interview. The Argentinian spoke about the good form that the team finds themselves in and also in detail about these days off. "I think that the last run we were on before the current break was very demanding. The games were difficult and complex games that we faced well. The international break comes at a good moment to recharge the batteries, clear the mind and think about what is to come. I don't remember the last time we had so many rest days but the team was needing it because they were very physically and psychologically demanding weeks. It has also gone down well with the family".

Obviously, he spoke about El Gran Derbi which is still very fresh. "It was a complete performance from us. We worked very hard, we controlled the game and we were comfortable. We knew that we had a very difficult opponent that was coming into the game in form. Anything can happen because it is a derby but in the end we won comfortably and we were very happy away from home. The derby without fans is a very cold environment, it's very subdued. With fans it is another thing completely. The environment, the noise, the chants... Personally, I enjoy it and it is the essence of football. We always hear our fans because they are always there. They always spur us on and with the result in our favour things were different for everyone. It was a perfect night for everybody".

The difficulties and setback in Europe were there but the group recovered perfectly. "We didn't change much in preparation. I said that this group is always typified by accepting responsibility and being present in the difficult moments. This time wasn't an exception and we knew that we had a difficult game, with lots of demands for everyone and we needed to stay high up in the league. It was ourselves who won and we demonstrated that we are better than ever".

Talking about himself personally, he recognised that he was a lot happier. "You don't have to be a genius to realise that I've increased my level a bit, that I feel better and that hopefully I go forward leaving behind bad feelings that I had physically and psychologically. Things are improving and even if it is not seen there is a lot of work behind me and injuries that didn't let me be in peak condition. I continue working with a slight ankle injury that will be there, but hopefully the goals will start to come and I hope to continue in this way. It is known what I can give for the team and when things don't go as you want and even more so when I am competitive, I always try to live up to it. I am at a club which always demands the best from you and where there is a lot of competition. When things don't go well it frustrates me but also I like it because it means that I do care and that I am always working towards what I want to achieve".

Going further back he spoke about a difficult topic that coincided with the key period in the 2020 Europa League. "Few people know this. I was injured against Wolves in Germany and I was doing an MRI scan when they called me to say that my grandmother had died. I was with the doctor and my father called me crying. They are very difficult moments and the people that knew helped me a lot. Playing with this pain helped me to not think about these moments. All effort has a reward and it was winning the trophy. The day after the quarter-final I couldn't walk but I came back for the semi-final against United and a possible final. I was unlucky to lose a final the year before with Marseille but in the end, everything turned out as I hoped".

About whether his performances in his first season set too high a bar the Argentinian doesn't hide: "In the first year I scored a lot of goals but I am the same player. That is the little push that I need to continue working. I can't say how many goals I will score from here until the end of the season because I would be lying. I am myself and I play football in the same way in whatever competition. I can't promise 30 goals but I will always work as hard as anyone. The truth is that I have felt much better since the last international break. I have been able to play with a lot less pain and this gives me a lot more confidence".

Talking about his fellow compatriots, both heroes in the derby, he first referred to Acuña. "We were playing very well but the goal wasn't coming. I had the ball and they moved across to cover me. I saw him arriving and I gave him the ball and he rifled it into the back of the net. Both myself and everyone else cheered like a fan because we knew what the game meant and whoever scored, we were going to celebrate like this". He also spoke about Montiel and his difficult job. "We talk about this a lot and the good thing is that he is always ready although he knows he has Navas ahead of him. Unfortunately, Jesús is injured and he would have started in the derby. Montiel did well as he did against Valencia and that will give him a lot of confidence. The fact that he is like this is good for us".

"Montiel knows that he is behind Navas but he it always ready. He did very well"

To finish he referred to the aims and dreams of the club. "If I have to talk about Sevilla, I would say that this team is ambitious and is hungry to go forward. We work together for this, to be able to finally take that step that the club needs to take. To finish at the top is everybody's dream but it is not easy and we don't have to confuse ourselves or speak about things ahead of time. We have to take it step by step, growing as a team and it will come. This is elite-level sport and you have to be prepared in every aspect. I think that we can do it. Last year we had the fewest number of injuries in all of LaLiga and that says a lot about the coaching staff and the club. You have stay on track and continue".