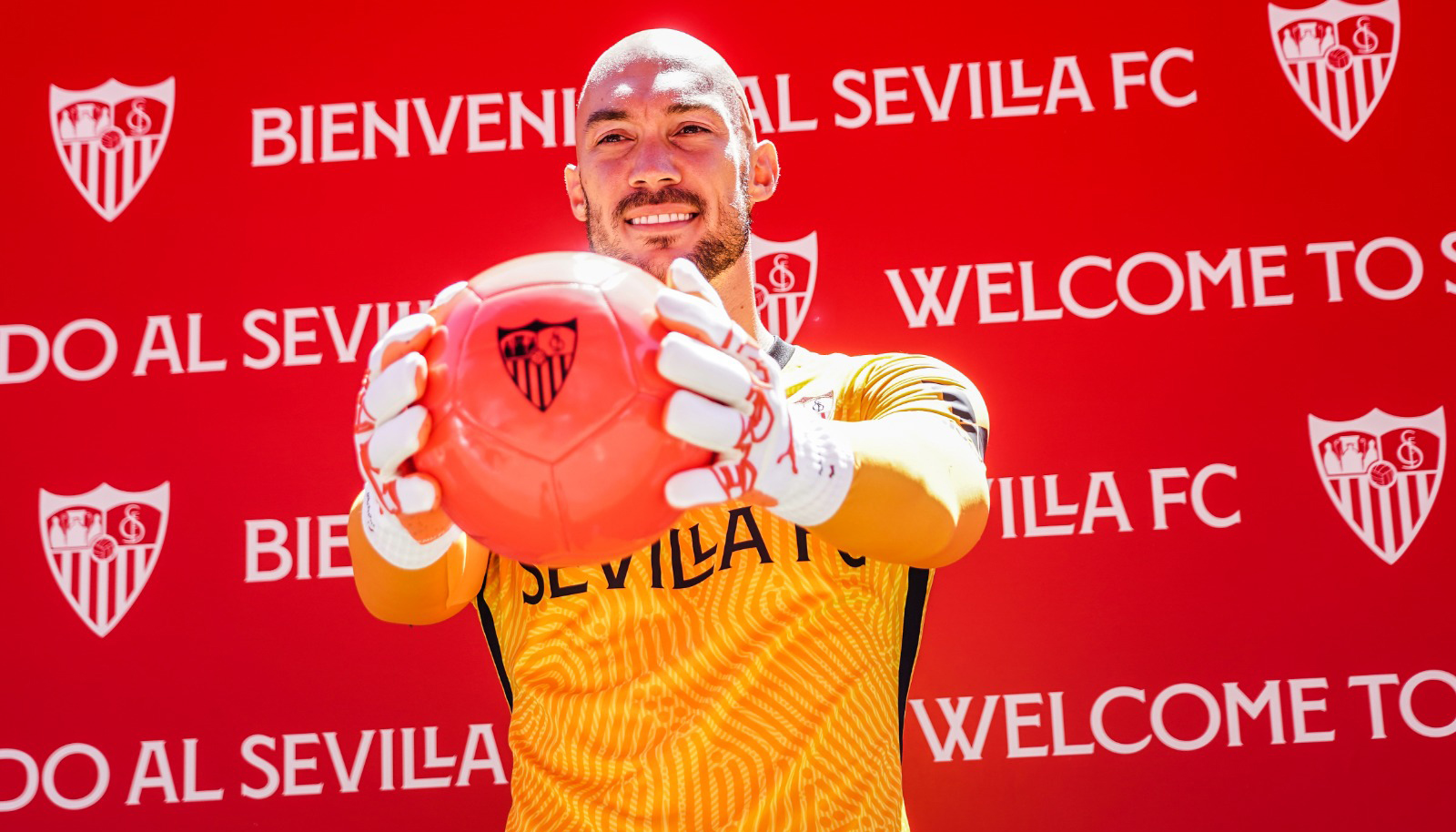 MARKO DMITROVIĆ: 'THE COMPETITION WITH BONO CAN ONLY BE GOOD FOR THE BOTH OF US'

After his first visit to the stadium yesterday, Marko Dmitrović returned to the Ramón Sánchez-Pizjuán this Monday to sign his contract and attend the media. The goalkeeper assured 'this is the perfect step up. It's what I wanted and was looking for after four years at Eibar. I feel I'm ready to make the step up and fight for trophies. I'm excited and motivated to work with my new teammates.'

In this new spell, he hopes to fight for the highest honours: 'I'm ambitious and I've always wanted to fight for trophies. My journey to Spain took a while and in my career I have taken small but positive steps. First I joined Alcorcón, then I moved up to La Liga with Eibar who weren't looking at the top of the table. Now I feel I'm ready to make this jump. I want to fight for glory in all competitions.'

Dmitrović confirms that he didn't think twice about Sevilla's offer: 'It was quick and easy to come to an agreement with Sevilla because the Club has everything I was looking for. It's the perfect club for my next step. My wish was to stay in Spain as after six years here I feel at home, as do my family. The dream was to stay in Spain and move to a club who fight to win every competition.'

Marko knows it will not be easy to be the starting goalkeeper, but he is sure the competition will be positive: 'A club as big as Sevilla must have players who fight for every position. There are a lot of games and competitions and it can only be positive for both of us. In every training session we will give it our all to give the manager good problems. Both of us, as well as Alfonso and Javi, will show the coach he can count on us. I am ready to return the Club's confidence in me and to help the team.'

That said, he is aware he will need to bide his time: 'The Club and I are ambitious and we know where we come from. We will go step by step, first with a good preseason and then game by game. We have ambitious goals, there's no doubt about that, but we will only be thinking about the next day.' Marko went on to discuss the fans: 'The matches were really difficult when I came here as an opponent. Firstly because of the quality of the team but also because of the fans who push the team on. I'm happy and excited to be able to play here as a home player now.'

'Our goals are ambitious, but we're only thinking about tomorrow'

Asked about Pozo and Bryan, the goalkeeper believes both will have the chance to show their ability in the preseason: 'I'm sure that last year helped them get more experience. They are young and have a great future ahead of them. They have improved a lot and they will have the chance in the preseason to show they have the level to stay at Sevilla.' They were not the only players to speak of Sevilla to Marko: 'I've been in Spain for six years so I already knew Sevilla very well. I've also spoken with Jordán and Gudelj. Everything they've said has been very positive and only further confirmed my decision to move here.'