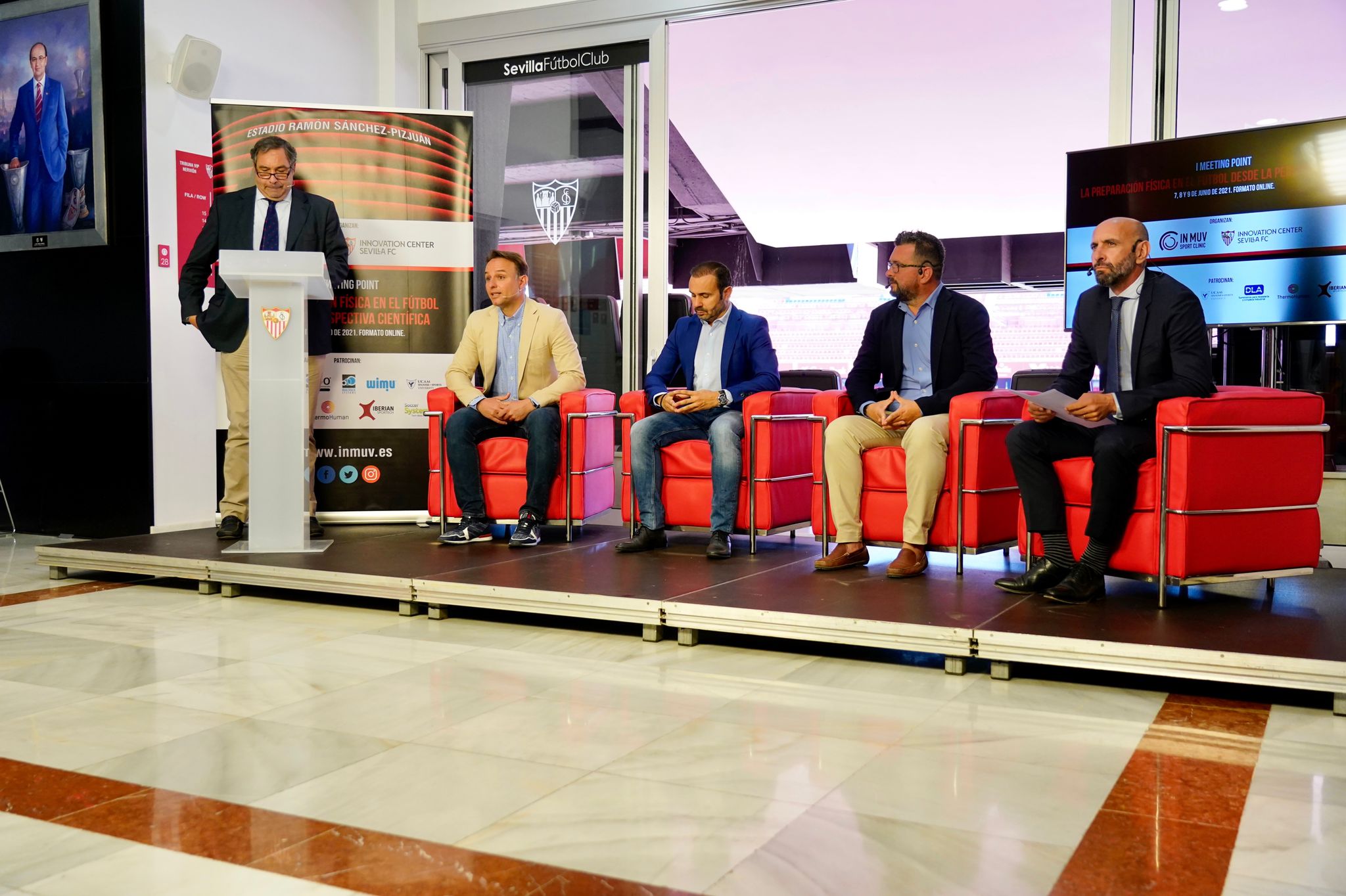 Entradilla
The launch of this series of conferences on physical preparation, organized by InMuv and the club's Innovation Center, took place this Monday in the stadium's main auditorium.
Cuerpo Superior

After more than a year of waiting, finally this Monday was inaugurated the I Meeting Point InMuv Seville, a cycle of conferences of three days and online assistance on physical preparation to be held during the next three days at the Ramón Sánchez-Pizjuán. Under the organization of InMuv and the Innovation Center of Sevilla FC, as well as the collaboration of UCAM and COLEF, this event was scheduled for last year, but the restrictions derived from Covid-19 have forced to postpone it until this date.

With Sevilla FC's Dircom, Jesús Gómez, as master of ceremonies, the event was attended by Moisés de Hoyo, head of InMuv, the director of UCAM, Pedro Alcaraz, the president of COLEF, José Carlos Gómez, as well as Sevilla FC's general sporting director, Ramón Rodríguez, Monchi. De Hoyo, physical trainer of Sevilla FC in the past, wanted to thank the club for its commitment: "If we are here today it is because throughout this time the club has maintained its unconditional support for the event, in terms of organization and management. This is a meeting point for professionals to share their concerns and discuss the current state of physical training.

After the intervention of José Carlos Gómez, who emphasized that "physical preparation is science and goes hand in hand with professionals", Monchi closed the event: "Sevilla's mission, with the Innovation Center, is to create its own training line, giving space to all the institutions that consider the club to be an appropriate place for its projection in society. The club is a meeting point for young and not so young people who are looking for a way of life in sport. There is no better way than to train continuously, debating and reflecting on the working method".