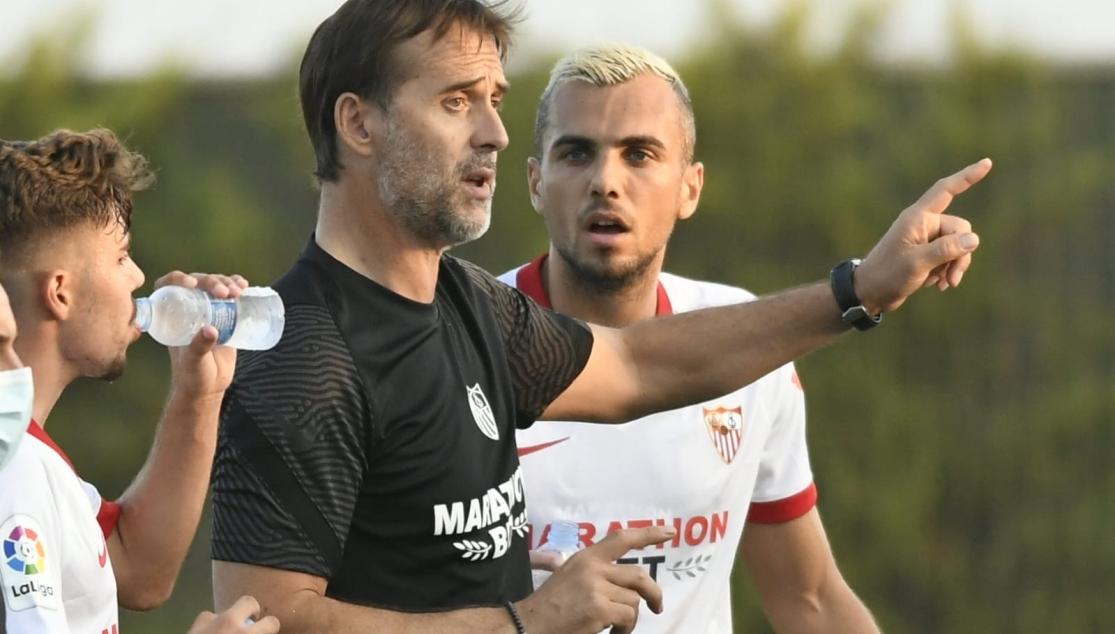 LOPETEGUI: "WE ARE HAPPY WITH THE LADS' HARD WORK DURING THIS PREPARATION"

The manager assessed the first test of preseason, and wants to take advantage of every minute of this pre-season training camp

Julen Lopetegui offered his thoughts on the comeback win against Levante UD in the first pre-season match of the 2020/21 campaign. The manager started with a general overview of the match, saying that it left him with "feelings of taking a step forward in the preparation. We've got minutes against an opponent who have already started LaLiga and we are happy with the lads' hard work during this preparation".

The Basque manager also spoke about what his side offered, even when they were 2-0 down: "The team had a good mentality. In the first half, apart from falling behind we did positive things, what happens is that there are things that punish you, like that set piece, but in the end we'll focus on the positives. We have to keep working hard and try to correct those less positive things". He also wanted to focus on the team's efforts, not those of any individual: "Everyone has made an important effort to continue taking steps in this preparation and I'm happy with everyone in general".

Following on from what he said about facing a side who have already played in LaLiga, he said that it does help in some way, despite the fact that the Granotas used the same eleven after the break: "The team helps you a little bit to measure up, although we changed the team at half time and they didn't, at the end it does show. It's about taking steps forward, we have to get into shape as quickly as possible. We are missing a point and we have to keep working".

To finish, he spoke about how the training camp in Alicante has been so far: "We're working well, we're in a place to do a training camp, and the only shame is Pablo Pérez's injury, we're hoping there's no problems for him, so that there are no problems and that everyone is available for us to decide. In principle we are happy and we are making the most of every day".