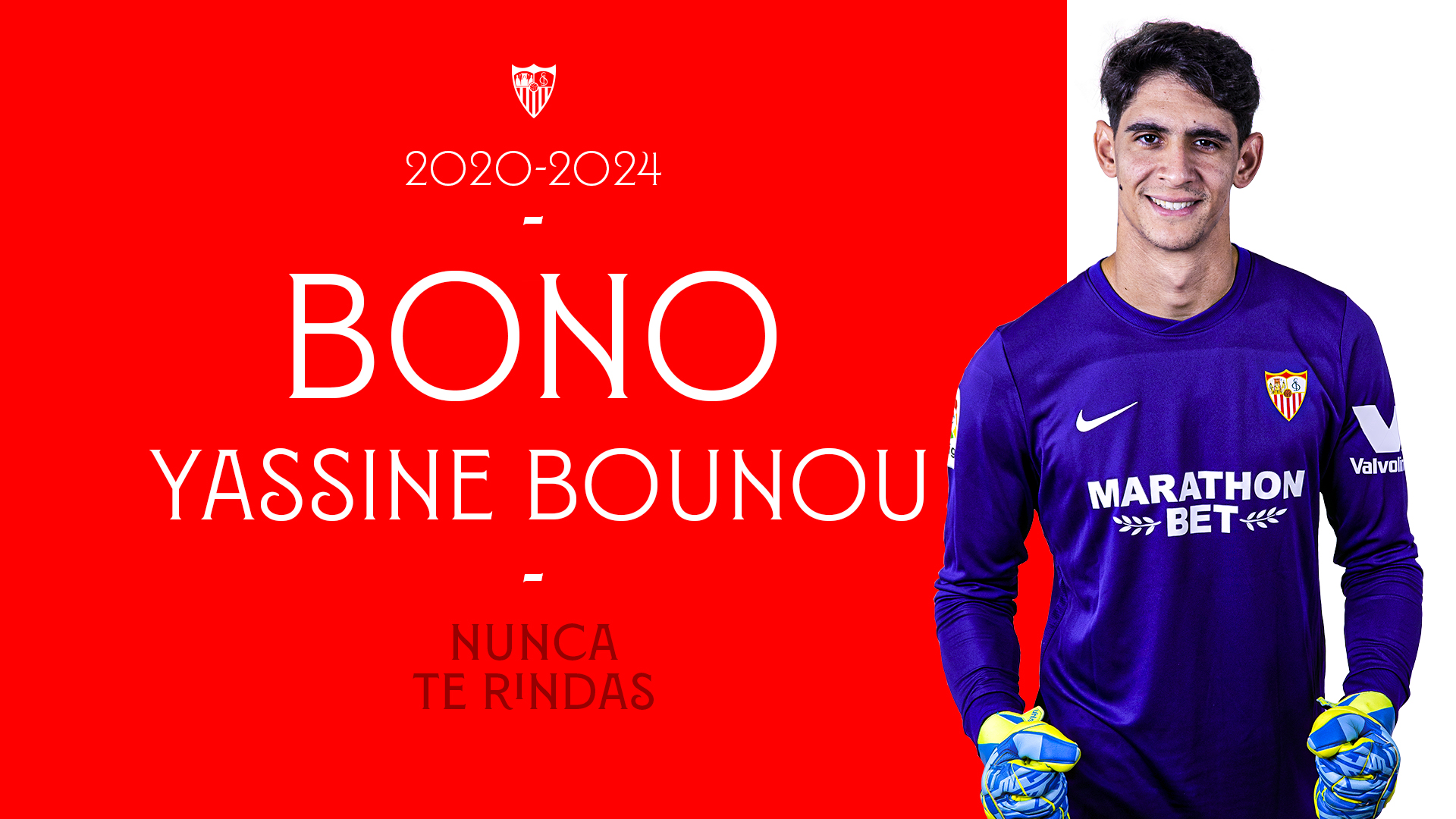 BONO HAS JOINED SEVILLA FC ON A PERMANENT DEAL

Entradilla
After a season-long loan at the club in the 2019/20 season, the Moroccan goalkeeper has now joined the club on a permanent deal
Cuerpo Superior

Sevilla FC and Girona FC have reached an agreement for the transfer of goalkeeper Yassine Bounou -born in Montreal, Canada, 1991-, who joined the club on a season-long loan twelve months ago. He will join on a four-year deal. The Moroccan international, who came through the ranks at Wydad Casablanca, arrived in Spain when he joined Atlético de Madrid as a 21-year old. After two years in their reserve side, he joined Second Division outfit Real Zaragoza on loan in the 2014/15 season, where his nineteen appearances allowed him to stay on for another season.

In the 2016/17 season he joined Girona FC, making 21 league appearances in his first season, as the side earned promotion to the top flight. Bono, as he is known, made his LaLiga debut in the 2017/18 season, featuring 30 times in the league and once in the Copa del Rey. He was the first-choice keeper the following season too, with 32 appearances in LaLiga and nine clean sheets, but Girona were relegated back to the Second Division.

At Sevilla FC, the man from Montreal starred in the incredible end to the season, as his performances helped the Nervionenses lift the UEFA Europa League for the sixth time. His performances in the latter rounds were sensational, saving some clear-cut chances, one-on-ones, and even a penalty from Raúl Jiménez in the quarter final against Wolverhampton Wanderers. Bono made eighteen appearances last season: ten in the UEFA Europa League, two in the Copa del Rey and six in LaLiga. After Vaclík's injury against Eibar in Matchday 34, Bono took the reins effortlessly, keeping five clean sheets in eight appearances.

Bono is now also Morocco's number 1, and played in the Africa Cup of Nations last summer, where they reached the Round of 16. He has 20 caps for his country.