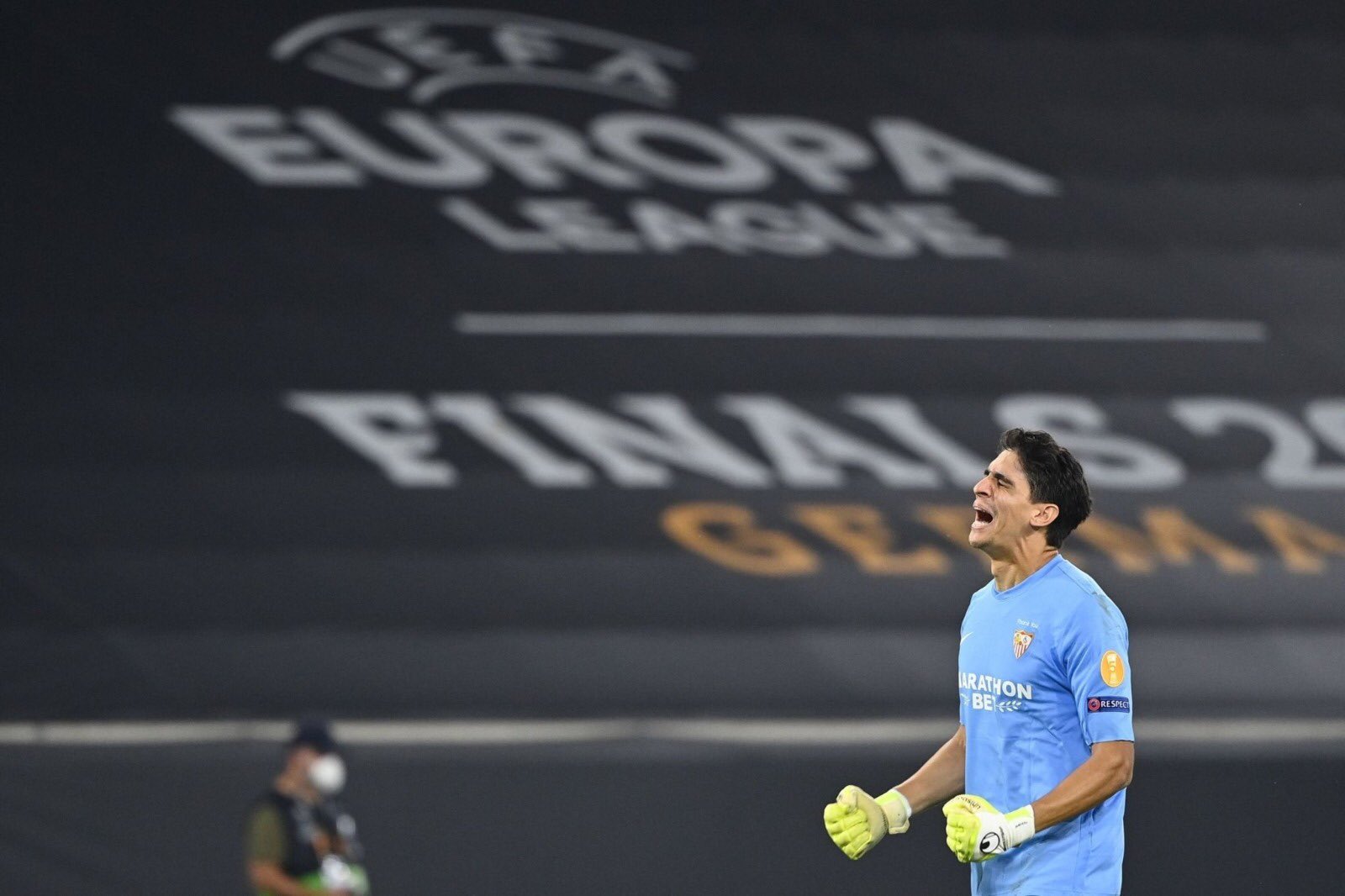 512 MINUTES SINCE BONO LAST CONCEDED, A LANDMARK IN THE LAST 12 YEARS

Entradilla
The best record came in 2008, when Palop did not concede a goal for 780 minutes
Cuerpo Superior

A lot has been said about the strength of Sevilla FC's defence. Just eight defeats all season, clean sheets in 50% of the 52 matches so far, just one goal conceded in eight outings... It really is a team effort, but, as is often the case, it has an even greater impact on the goalkeeper. In this case, since the unfortunate injury to Vaclík against Eibar which saw that unbelievable save from Ocampos, the current goalkeeper for the Sevillistas is Yassine Bono.

The Moroccan started in goal at San Mamés after just one starting appearance against Osasuna, which followed a substitute appearance at the Coliseum. Against Athletic he conceded the opening goal of the match after 28 minutes, but since then he has not been beaten. 512 minutes have passed since that Ander Capa goal, 62 at San Mamés before five consecutive clean sheets against Mallorca, Real Sociedad, Valencia, Roma and Wolves.

This is the longest run for Sevilla FC in over a decade. In fact, to find a longer spell, you have to go back to 2008, when the great Andrés Palop was the goalkeeper. In 2008/09, between 13th September and 23rd October, no one was able to score past him for 780 minutes. 45 minutes came in Matchday 2 against Sporting (a 4-3 win for Sevilla), before keeping eight consecutive clean sheets against Salzburg twice in the UEFA Cup, and in the league against Betis, Espanyol, Atlético, Athletic and Almería. The eighth match also came in Europe, against Stuttgart, before the run was ended in the 15th minute against Málaga in Matchday 8.