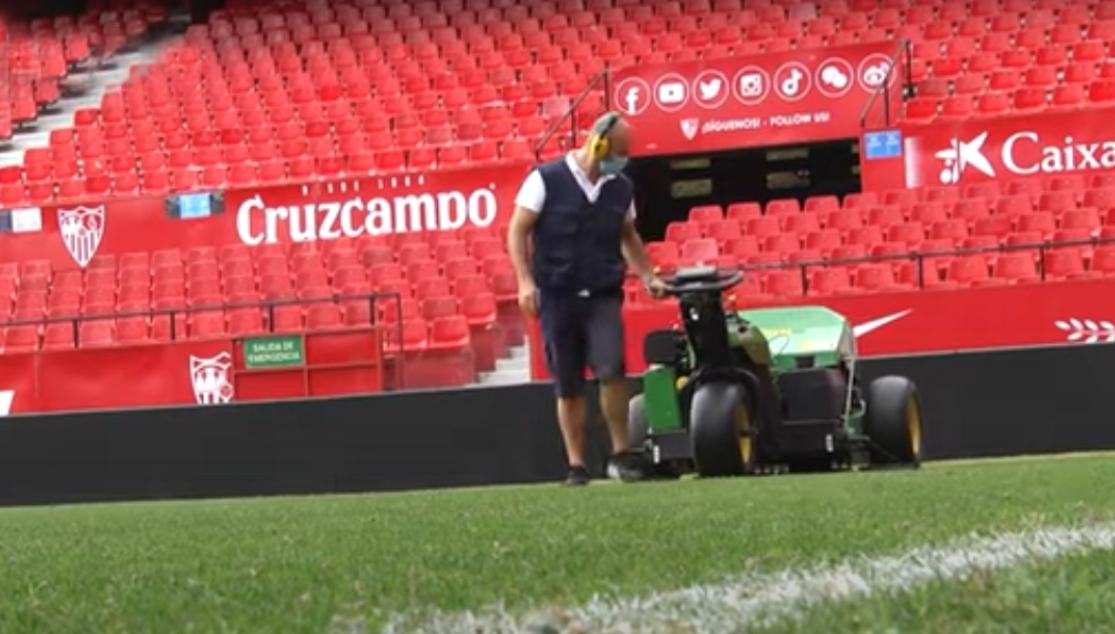 CHANGING THE TURF AT THE RAMÓN SÁNCHEZ-PIZJUÁN

The Covid-19 crisis has forced many routines to change. Logically in football too, and not only in relation to calendars. Everything related to the competition has seen its deadlines changed and the pitch at the Ramón Sánchez-Pizjuán has not escaped this. The need to host matches until the second half of July has forced the postponement of work to regenerate the so-called 'summer grass'.

Specifically, in the middle of the night on Sunday night, a few hours after the end of the match against Valencia CF, work began on changing the vegetation cover, as well as renovating the surface. The change of the vegetation cover involves the application of a chemical product that removes the 'winter grass' and regenerates the summer grass, which is much better adapted to the demanding summer temperatures in Seville.

In addition, work is being carried out on decompacting, levelling and checking drainage, with the aim of ensuring that the impeccable roof of the stadium is perfectly prepared to host matches again at the start of the 20/21 season.