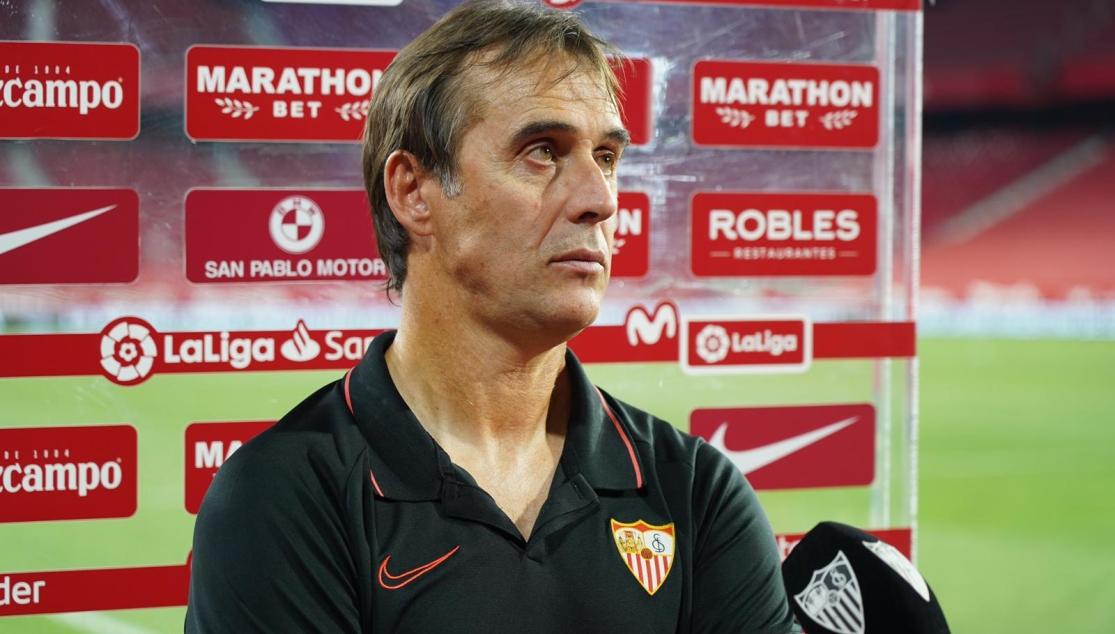 LOPETEGUI: "WE HAVE THE BEST PEOPLE IN SPAIN IN OUR PHYSICAL PREPARATION TEAM"

Julen Lopetegui was happy after the Nervionenses defeated Valencia 1-0, despite being unable to secure a third-placed finish: "We're happy with the players and the win over an opponent who was playing for everything, they would have qualified for Europe if they'd won. We wanted to finish by winning to finish third and we've finished level with Atlético, who have one of the best squads in the world and they have a lot of merit. I'm happy with the work and commitment of the players".

Without doing the maths on the table, the Basque manager said he always believed in his players: "I'm not about doing the sums. I've always trusted this team and the work we've done. We have the best people in Spain in our physical preparation team and their work has been extraordinary, not just in competing but also during lockdown. They came back in really good shape and were ready to compete".

With the Europa League still to play for, he is happy with his first season: "The assessment is that the league has been very hard, the longest in history and very difficult on a mental level. It's been a different year where we've had to anticipate many things that could happen. We've done it and we've adapted to the circumstances. The assessment is very positive, with lots of new players and a style of play where we've tried to be recognisable".

Now, time to rest, but with Europa League on his mind: "Roma is on my mind. We've seen them, today they played against Inter and tomorrow we'll see. There's a few days to go, but in our head we're beginning to think about them, 100%".