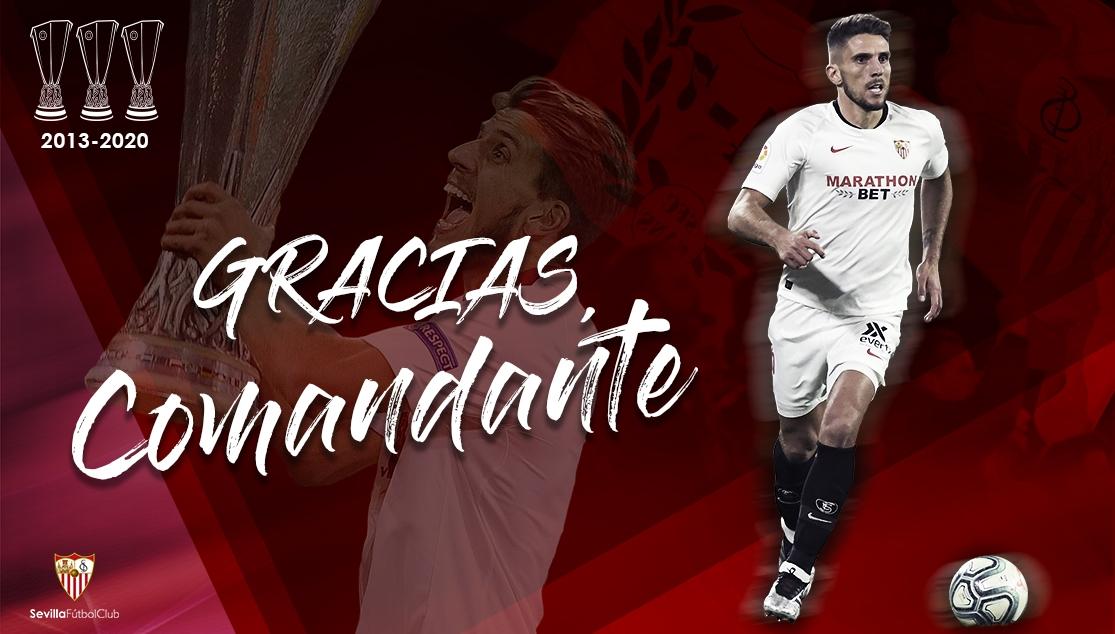 The goodbye for the Portuguese centre-half will take place at 13:00 at the place that has been his home for the last six and a half years

On 20th February, Sevilla FC confirmed the departure of Daniel Carriço as he secured a move to Wuhan Zall FC of the Chinese Super League. The Portuguese international, who had served as captain of the club, will bid farewell to the club tomorrow, Tuesday 3rd March. He will do so at the Ramón Sánchez-Pizjuán, his home for the last six and a half years, and will be accompanied by the three UEFA Europa League trophies that he won during his time at the club.

The farewell will begin at 13:00 at the press room in the stadium, where the centre-half will say some words about the club and its fans, and take a look back at so many happy memories in the city. Carriço featured in 167 games for the club, scoring seven goals. He is still here in Spain, where his new club are preparing for the start of the Chinese Super League season, which had to be postponed due to the Coronavirus outbreak.