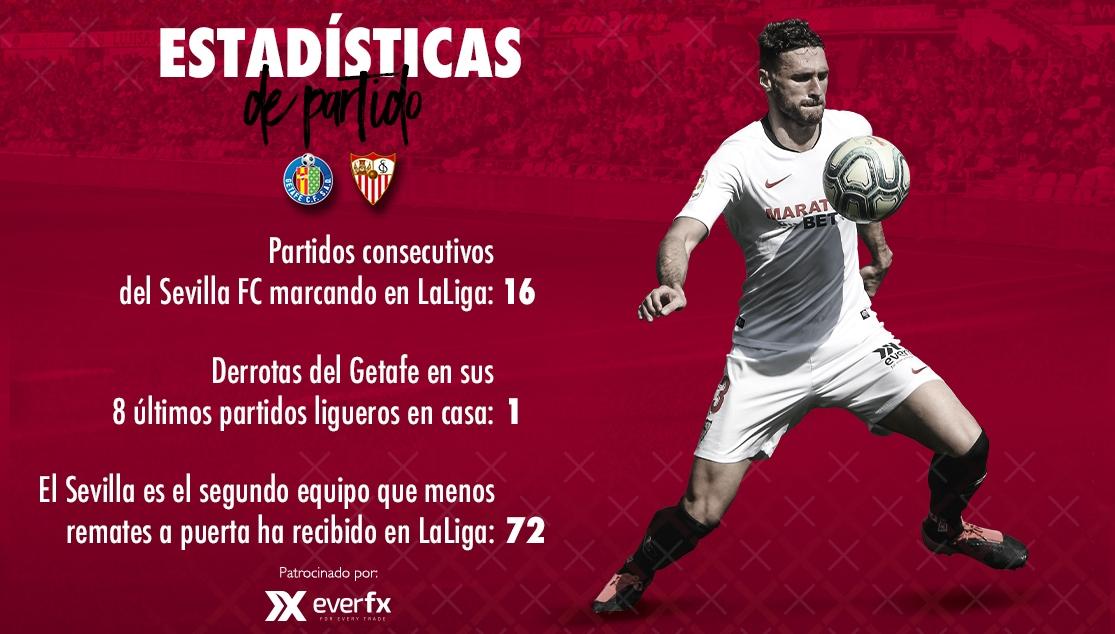 A SIX-POINTER AT THE COLISEUM

After a winless spell of five matches in all competitions, Sevilla FC go to Getafe in desperate need of a win

There is still a long way left to go in the season, but, after five winless matches, three in LaLiga, and one each in the Copa del Rey and the UEFA Europa League, Sevilla FC really do need to savour the feeling of taking home all three points. The business end of the season is fast approaching and the team need to create some positive energy on the pitch. Thursday's result against Cluj in Romania was by no means a bad one, scoring a vital away goal, the preceding league match makes today's game even more demanding.

Today's trip takes Sevilla to the capital to face one of the in-form teams in Spain, Getafe CF, a side who, in their last six games (five LaLiga games and one in the Europa League), have won five without conceding, while the other game was a narrow defeat to Barcelona at the Camp Nou, who really had to grind out a result against the Dark Blues. Sevilla's ability to respond is under the radar, and needs to be demonstrated at one of the toughest away grounds in the country, which is clearly reflected by the Nervionenses' record at the Coliseum Alfonso Pérez.

Julen Lopetegui has left Nolito and Munir out of his travelling squad, as well as Escudero who is out with a knock. His place in the squad has been taken by academy player and U19 international Pablo Pérez, who regularly features in first-team training. For Getafe, it is expected that Bordalás will make changes to the side that won 2-0 at home to AFC Ajax on Thursday, ahead of their trip to Amsterdam next Thursday, a trip that should see them progress against last season's Champions League semifinalists. Getafe, with a combative and vertical style of play, will try to see off a Sevilla side who trail the South Madrid side by just two points, meaning that Sevilla could leapfrog them into third place with a win tonight.

After last weekend's controversial refereeing display in the match against Espanyol, today's match will be refereed by the Catalan Xavier Estrada Fernández, who will take charge of his second Sevilla FC match of the season, after the 1-1 draw away at Osasuna in December. His record with Getafe is much more positive for the side from the capital, winning 3-0 on two occasions, away at Leganés and at home to Valencia. David Medié Jiménez, who is also Catalan, will be in charge of VAR.