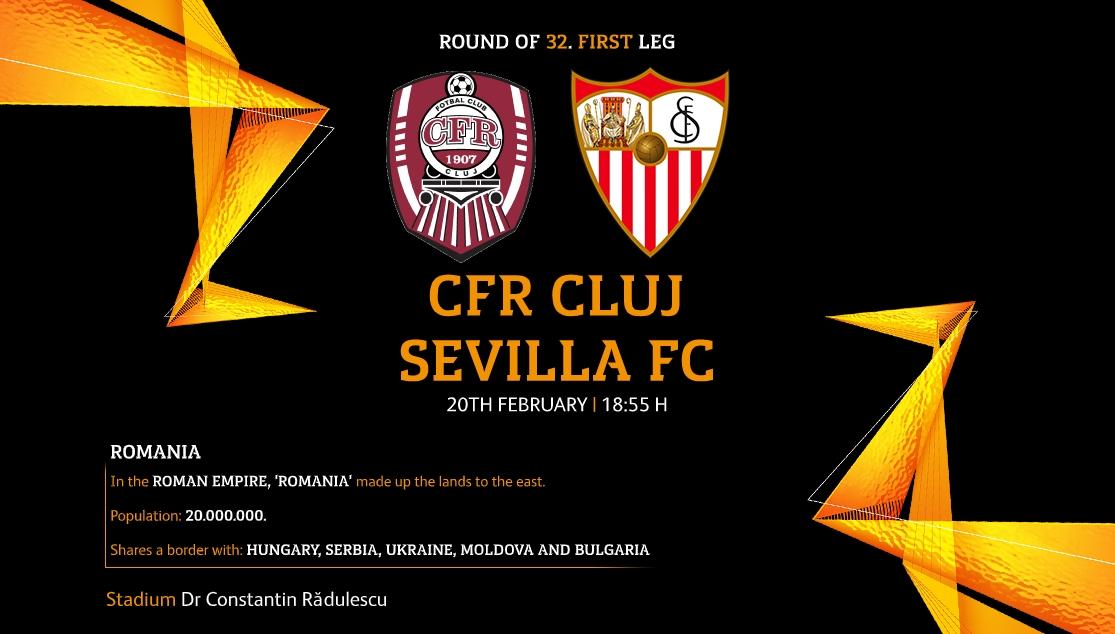 After two months and a week, the UEFA Europa League returns for Sevilla FC. After coming through the group stage with relative ease, where they won Group A with five wins and a defeat, it's now time for the knockout stages to kick in. Coming up in their way in the Round of 32 is Romanian outift, CFR Cluj, who hail from the city of Cluj-Napoca. The first leg, which will be played this evening, Thursday, with kick off at 18.55, will be played in Romania; with the return leg being played next week at the Ramón Sánchez-Pizjuán.

Julen Lopetegui's squad, which included everyone bar Daniel Carriço, landed on Romanian soil on Wednesday afternoon and after having lunch and a rest, they trained on tomorrow night's pitch - the Dr. Constantin Radulescu stadium. During his press conference, Julen Lopetegui stated that "the team are really excited", as well as realising that "the name of the competition alone is enough to get the Sevillistas excited".

Tomorrow's counterparts, CFR Cluj, had themselves an excellent group stage also as they finished second in Group E, only a point behind winners Celtic - who in fact lost in their visit to Romania by 2-0 in the final matchday. They also beat Lazio at home, who are now out of the competition altogether. With only four goals conceded, Cluj have one of the best defensive records in the UEFA Europa League this season. Currently, they are at the top of the pile of their league, with a three and six point advantage respectively over second and third place.

The game will kick off at 18.55 tonight in the Dr. Constantin Radulescu stadium in Cluj-Napoca. The referee for the encounter will be the German, Deniz Aytekin.