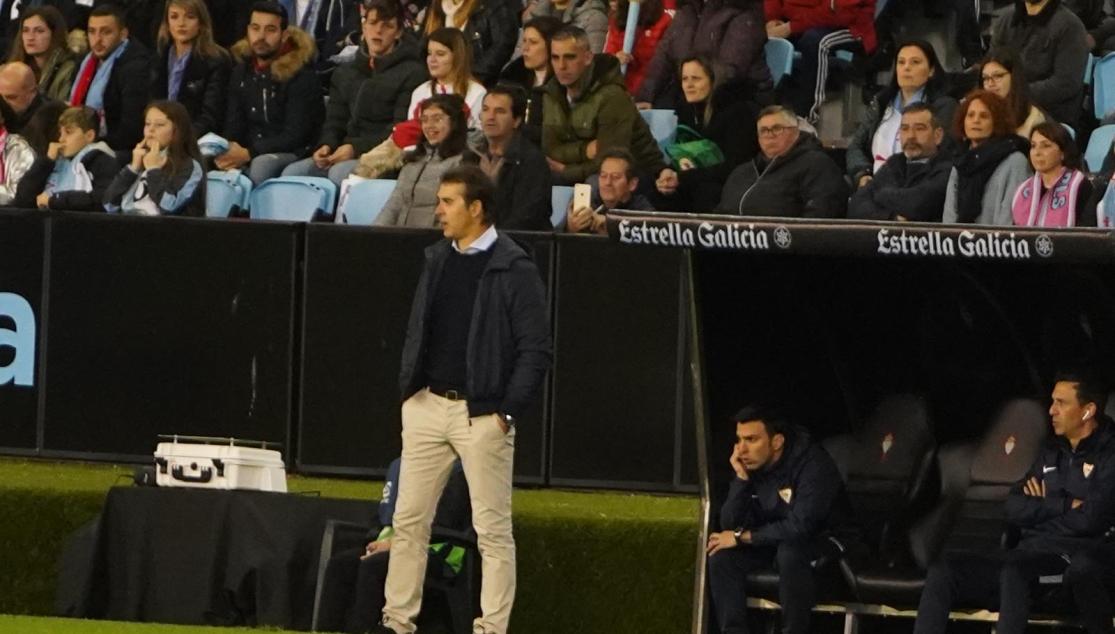 LOPETEGUI: "YOU HAVE TO SEAL THE WIN AND WE HAVEN'T DONE THAT"

"We could not let that match slip away. I think the goals came from avoidable errors"

Julen Lopetegui offered his thoughts on the loss at Balaídos on Sunday: "We didn't kill the match off and we didn't take advantage of our chances. In the last fifteen minutes we couldn't seal the win. We had a few lapses in concentration and if you do that at this level, you pay for it. We took our foot off the gas too early, and we're unhappy, unhappy and angry, more angry that anything. We could not let that match slip away. I think the goals came from avoidable errors".

The manager was unhappy with some aspects of the performance: "We had a lot of the play in the second half but we were lacking in the final ball. En-Nesyri had a calf problem, Suso was really tired, and they were two players who played well. We didn't give them space, we wanted to control the play. The equaliser came from a lack of concentration, a transition that shouldn't happen. At the end, we've paid dearly".

The manager also spoke about his squad selection: "We tried to put out the best eleven for the match. We were facing a good side in Celta, but we were playing well, having chances, being the superior side. You have to seal the win and we haven't done that".

Finally, the manager emphasised the confidence he has in his players: "Today is a bitter blow, we have to get up and think about the next match. Objectives are achieved in May, the team will have bad moments like this, but much better moments too. I have no doubt the team will bounce back, I don't doubt the character of any player. The team will win again soon".