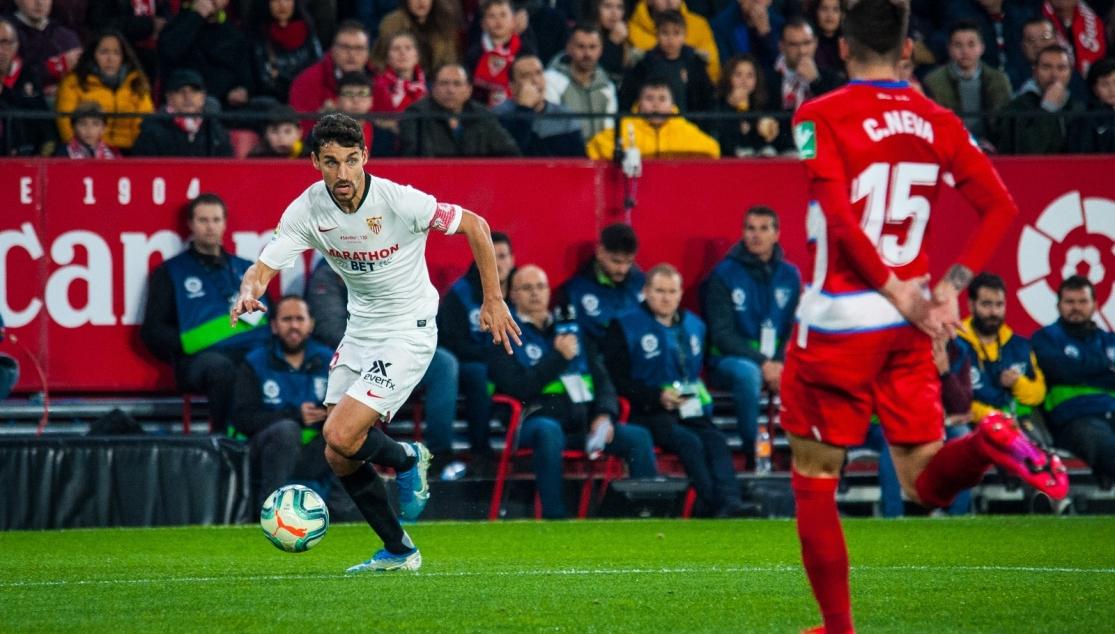 JESÚS NAVAS: "IT WAS A BIG EFFORT FROM THE TEAM"

"We did a very good job, we took it seriously. It's a really good victory"

Sevilla FC captain, Jesús Navas, offered his thoughts after the home win over Granada CF: "It's three very important points, we came into the game feeling good. It was a big effort from the team, a very good job. Son tres puntos muy importantes".

The man from Los Palacios, who assisted Luuk de Jong's opener, spoke positively about the team's performance: "Luuk scored a very good goal and the team worked really well. In the second half we knew how to dig deep, and we had chances as well. We did a very good job, we took it seriously. It's a really good victory.

Jesús also spoke about the season so far: "We have this effort and attitude, this way of approaching matches. We're in a very good run of form, we have to keep it up".