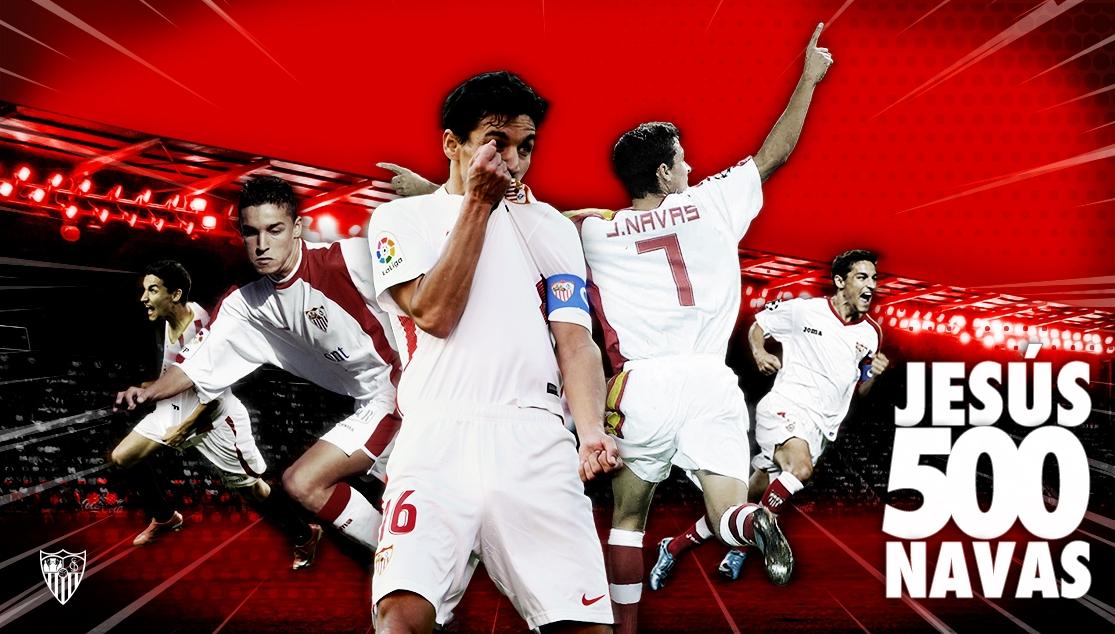 Navas brought up this figure after playing against Athletic Club, his 362nd match in La Liga

Jesús Navas is once again making the headlines. After playing against Athletic Club de Bilbao in the Ramón Sánchez-Pizjuán in Matchday 19 in La Liga, he has brought up his 500th appearance in a Sevilla FC shirt. The right-winger turned right-back and captain of his hometown team, has played his 500th game for Sevilla after becoming the player who has played the most times for Sevilla FC in the top flight; and also the player who has won the most games as a Sevilla FC player in the top flight.

To break the figures down, Navas has played a total of 362 games in the first division, 55 in the Copa del Rey and five in the Spanish SuperCup, bringing up a total of 422 in Spanish competitions. In European matches, Navas has featured in 30 Champions League matches, 46 UEFA Europa League matches and two in the European SuperCup. All of these put together brings up the 500 mark,which he celebrated in front of his own fans on Friday 3rd January, 2020. Over all the matches, he has scored 39 goals and made 65 assists.

Sevilla FC's captain received a commemorative shirt in light of this achievement, from José Castro before kick off; as he was subjected to a standing ovation from everyone present in the Ramón Sánchez-Pizjuán.