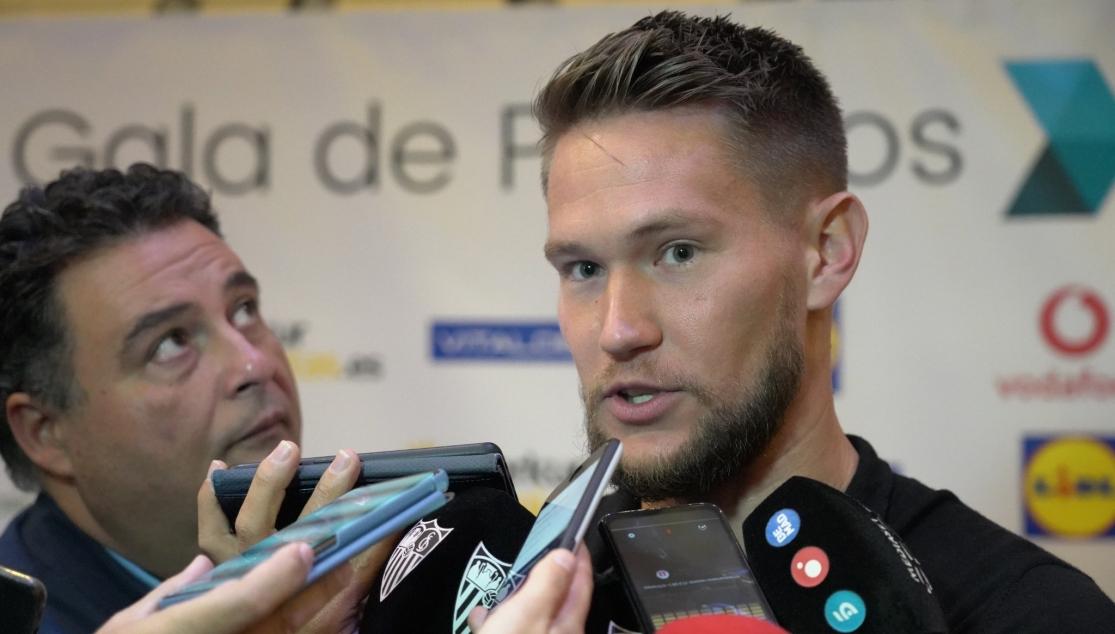 VACLÍK: "WE'RE ONLY FOCUSED ON OUR OBJECTIVE, WHICH IS THE CHAMPIONS LEAGUE"

"We had a run of three defeats in four games, and after the international break we were able to improve"

Tomas Vaclík, who was in attendance at the III El Desmarque Awards Gala, stopped to speak to the media present and answered some of their questions. The Sevilla FC goalkeeper was asked about the chances of winning La Liga, to which the Czech was realistic in his answer: "I don't know. It's extremely difficult, it's a long season. We have to see what's going to happen but obviously it's difficult whenever you're up against Real Madrid and Barcelona. Of course you can dream, but last year we were pretty much in the same position as we are in this season, and everyone knows how that ended. But of course, it doesn't hurt to dream a little, because why not"?

"We are only focused on our own games and own objectives, which is to qualify for the Champions League next year, We aren't focusing on other teams", the Czech international responded when asked about the five point gap there is at the moment between Sevilla FC and Atlético Madrid, with both teams having aspirations to qualify for the Champions League.

"I'm happy with the team's work. Our objective is to qualify for the Champions League"

Talking about the recent good form of the side, Vaclík said that: "I'm happy with my performances, but more so with the performance of the whole team. We had a run of three defeats in four games; Eibar, Barcelona and Real Madrid, and after the international break we were able to improve. Because of this, I'm happy with the team's work".