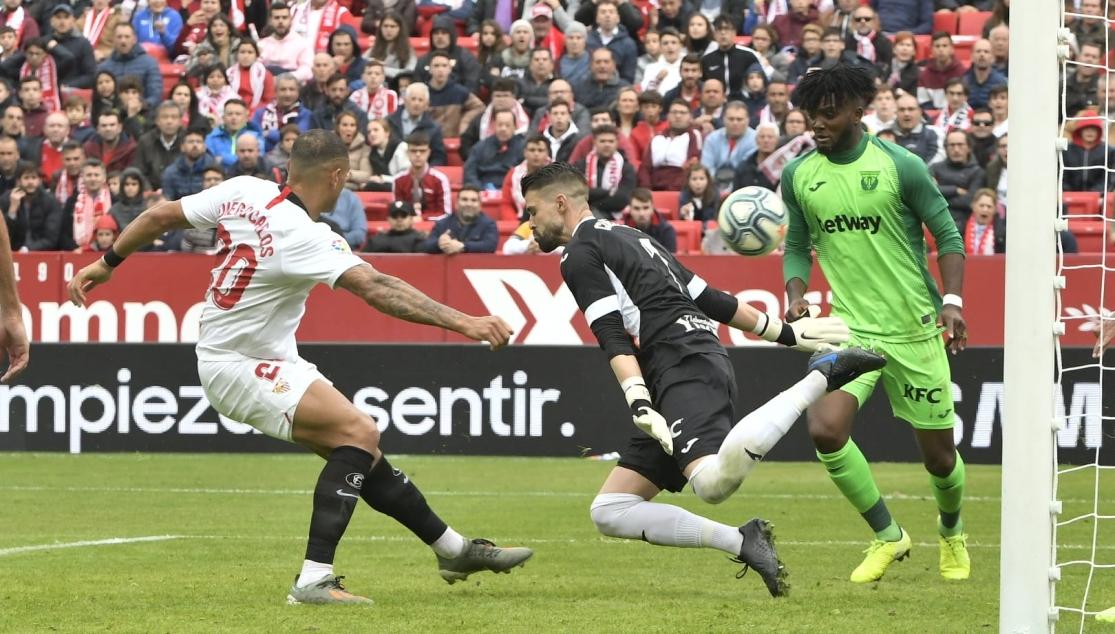 DIEGO CARLOS: “IT'S A VERY IMPORTANT GOAL AS IT GAVE US THE WIN”

Happy about the win over CD Leganés and for having scored his first goal in a Sevilla FC shirt. This is how Diego Carlos felt after the final whistle of Sunday's encounter as he spoke to the media. It was a game that ended difficultly for Sevilla as Leganés piled on the pressure on Vaclík's goal: "The last part of the match was tricky. I took a bit of a knock, had cramps, but Vaclík was switched on as always. The ball didn't hit my hand, it hit my chest which was why I was so calm. I knew that the referee would have a look at it, but that he wouldn't give a penalty".

Diego Carlos also spoke about the difficulty in overcoming a rival like that at home in Nervión: "Before the start of the game, we knew it was going to be a tough match, with a tricky opponent who defend well and counterattack well also. We knew it wasn't going to be easy to score because when teams come here, they sit back a lot. Therefore, we had to be completely switched on to get the win".

It was a win that also marked Carlos' first goal in a Sevilla shirt: "It's an extremely important goal for me because it give us the win and it's my first in these colours. I'm delighted to play here and it's a goal for everyone. We were concentrated today, very strong, and as always, we gave it all we had. Yes, I took a hit when I scored but we kept going, and it has to be that way", he added.