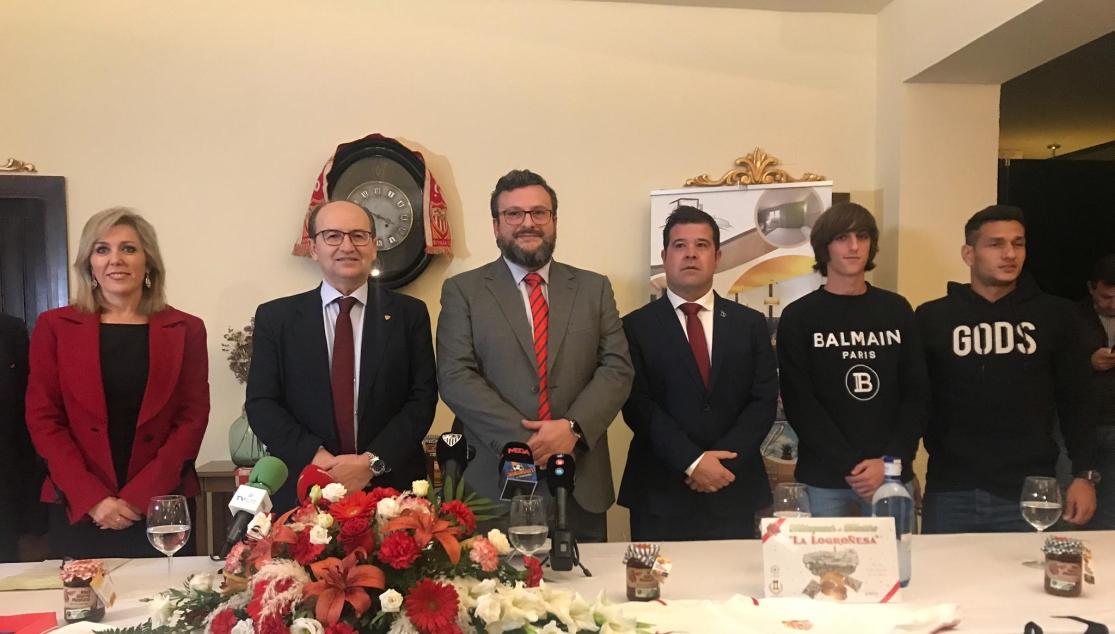 The President, Luis Castro and first-team players Bryan and Rony Lopes were all present

Tuesday was a special day in Montoro, in the province of Córdoba. It was the inauguration of the Sevilla FC supporters' club: the Peña Sevillista Montoreña, and they weren't about to skimp on the beauty of the chosen place. The place in question was none other than the Hotel Mirador in Montoro, which is an unrivalled place from where you can see the division of a nice part of the province, and the Guadalquivir riveras it passes through. The hotel is situated 180 kilometres away from the Ramón Sánchez-Pizjuán, close to the Jaén province.

Despite the distance, the Montoreño supporters' club is more alive than ever. More than one hundred people, a lot of them children, turned up to celebrate the opening of the Peña. In attendance from Sevilla FC were: José Castro (President), Luis Castro (Advisor), and first-team players Bryan Gil and Rony Lopes - who signed countless autographs. Moreover, the mayor of Montoro, Ana Romero, as well as the President of the Federation of Sevilla FC's Supporters' Clubs, Carlos Jiménez, were present. In his speech, the President of the supporters´club recalled the creation of the project last year and that today it was a relaity with 21 members; practically all of them descendents of 'Sevillistas from Montoro' from previous generations.

President of Sevilla FC, José Castro, stressed about the club's growth: "The foundationsa are there and there's a forecast to have a higher budget and therefore better players. We want the best team possible in order to achieve the best things possible. We're never going to stop fighting and we want to become even more proud of our club. The players from the trophy-winning Sevilla sides won them for everyone connected to the club, including everyone here".