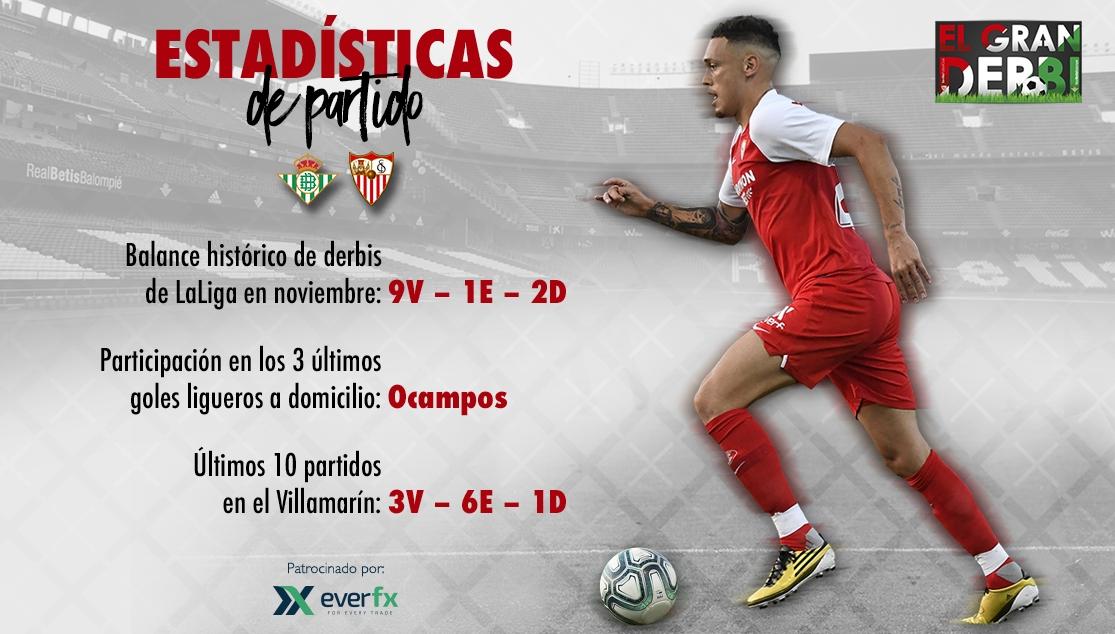 Another international break is upon us; but first, there's the small matter of the Gran Derbi as Sevilla FC visit Real Betis. The game will kick off at 21.00 in Matchday 13 of La Liga and afterwards, it will bring to a close the first third of the league season.

Sevilla come into the game on 21 points and sitting in fifth position in the table, and coming into it without losing a league game in their last four matches (two wins - against Levante and Getafe, and two draws - against Valencia and Atlético Madrid).

On the other hand, Betis come into the game occupying 16th place in the table on 13 points, having won four points from their last two encounters against Celta and Real Madrid - at the Bernabéu, points which moved them out of the relegation zone. Betis's manager, Rubi, comes into the game with a no new worries in the squad, apart from the ones already known over the last few weeks being William Carvalho and Javi García.

After having their last training session before the game at the Ramón Sánchez-Pizjuán, where the fans turned up in their thousands to show their support for the team, Sevilla will be looking to get revenge for last season's defeat in the Benito Villamarín, where they lost 1-0. In fact, last season (2018/19), was the first season that Sevilla were defeated in Heliópolis in their last ten visits, in which they have also has three victories and six draws.

Julen Lopetegui said in his press conference that they will approach the game with "ambition and energy" and added that they need to be able to "control their emotions and focus on the football" against a difficult team.

The game will kick off at 21.00 in the Benito Villamarín, bringing to an end Matchday 13 in La Liga. The referee will be Hernández Hernández and the person in charge of VAR will be Medié Jiménez.