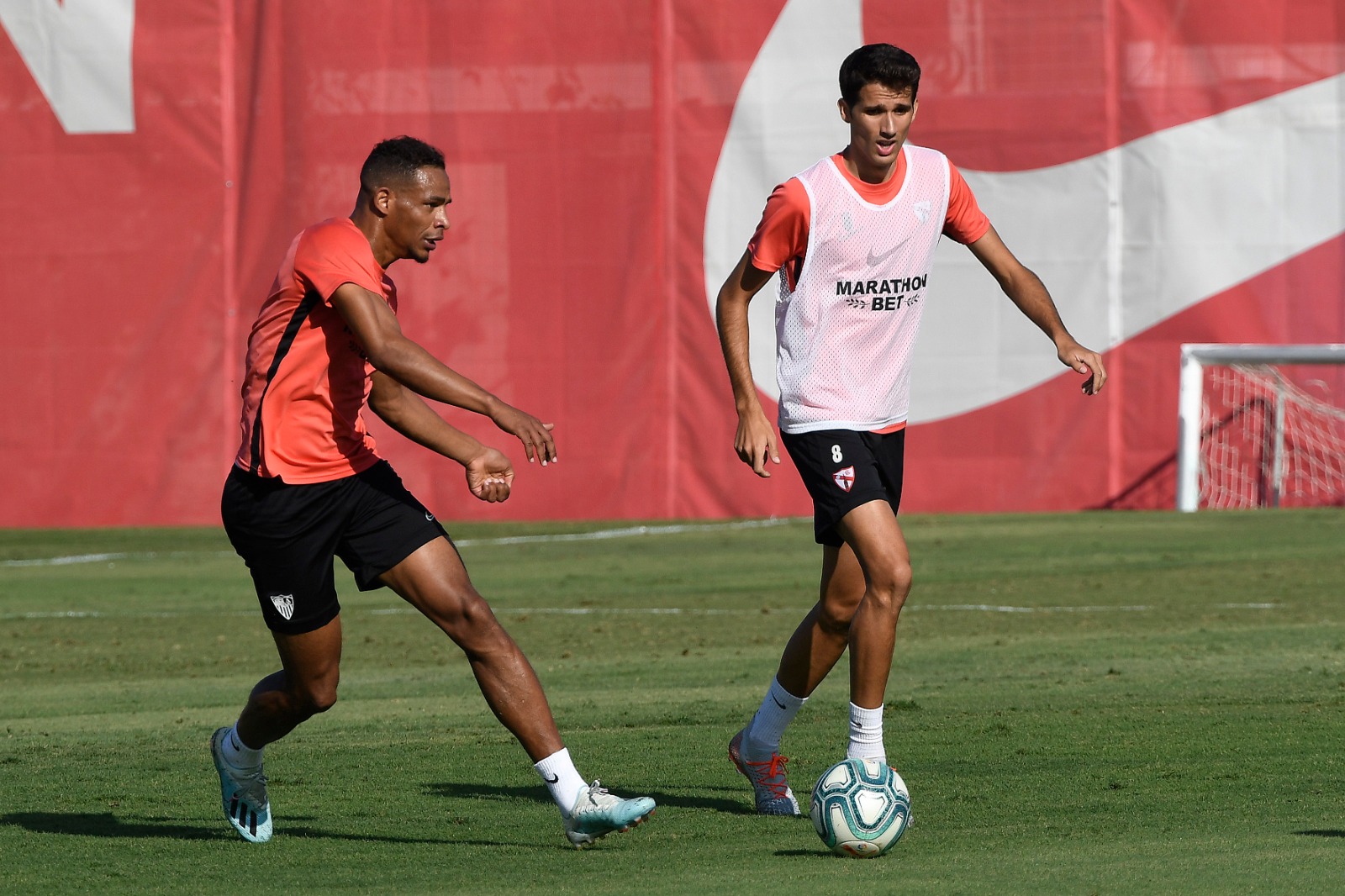 Entradilla
The team will have three days of rest, starting training again on Monday
Cuerpo Superior

Sevilla FC have trained this morning at the Ciudad Deportiva José Ramón Cisneros Palacios, and again training was a bit different. With ten players on international duty, Julen Lopetegui set up a practice match with Sevilla Atlético players, with both sides having a mix of first-team players and academy players.

The 11 vs 11 match was around an hour long, with some quality goals on display, such as a header from Rony Lopes and a left-footed drive from Munir into the top corner.

Lopetegui's men will now have three days rest until Monday, when the team will start training and preparing for the visit of Levante UD to the Ramón Sánchez-Pizjuán on Sunday 20th October at 21:00.