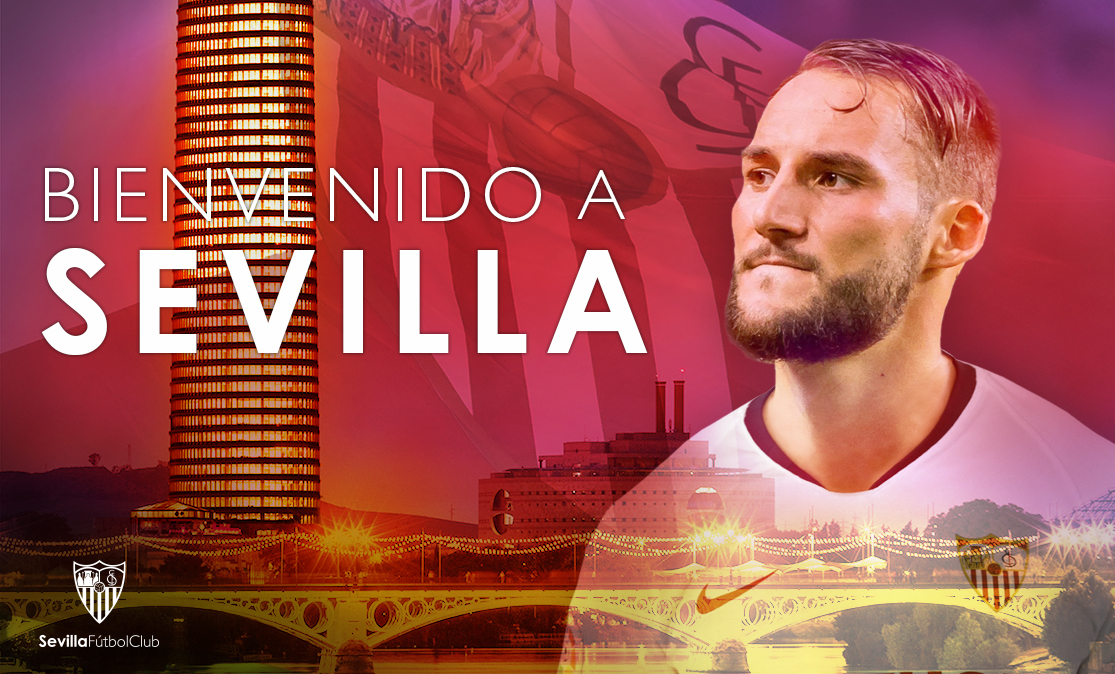 Sevilla FC has reached an agreement for Nemanja Gudelj to join the Nervionenses, making the Serbian the 10th reinforcement for the 19/20 season. The player joins as a free agent, though he was most recently contracted by Guangzhou ET of the Chinese Super League. Gudelj is 27 years old - 16/11/1991 -, born in Belgrade, and plays as a midfielder. With attacking and defensive presence, to go along with an impressive 1.87m stature, Gudelj has experience in the Eredivisie as well as the Portuguese top-flight, where he has most recently played for Sporting CP.

The Serbian began his career in Holland, where after taking his first steps in the youth ranks of NAC Breda went on to play in the Eredivisie with the first team. In the 13/14 season, he signed for AZ Alkmaar, picking up most of his senior appearances to date and even reaching the quarterfinals of the UEFA Europa League. In a total of 87 games, Gudelj contributed an impressive 19 goals and eleven assists.

His development drew the attention of Ajax, where he signed in the 15/16 campaign, eventually making over 60 senior appearances - including in Champions League fixtures. At Ajax, Gudelj scored seven goals and contributed ten assists.

In 2017, the midfielder would make the move to China, where he has played for Tianjin TEDA and Guangzhou ET. Last season, Gudelj completed a loan move back to Europe - competing with Sporting Lisbon. In Lisbon, the Serb has won two titles: Portugal's domestic Cup and Portugal's league title.