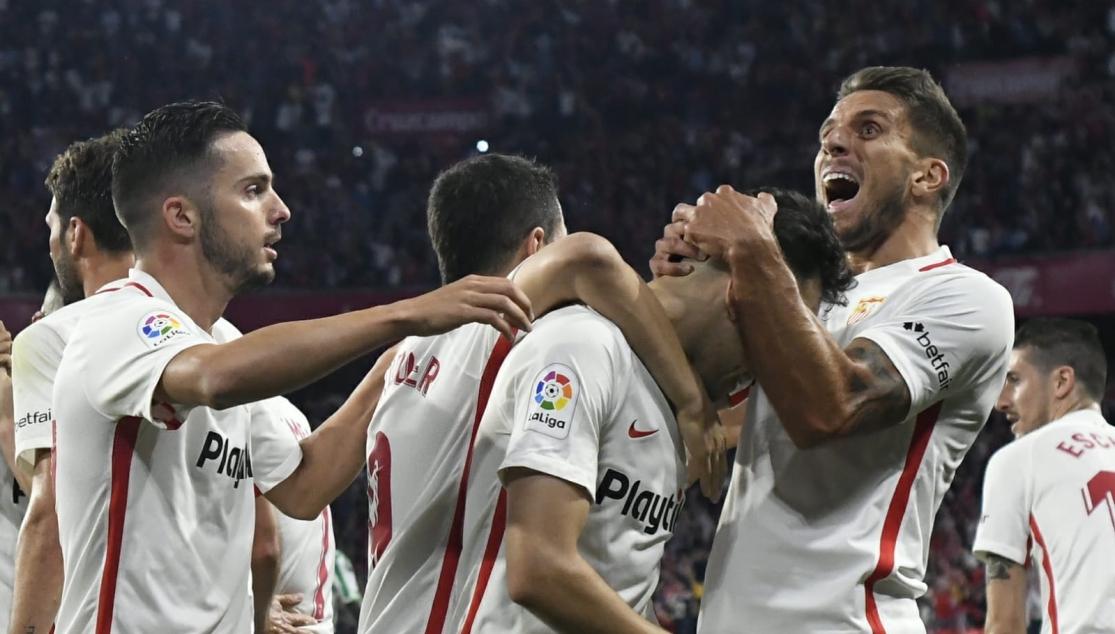 There have been 96 derbies played in the first division, with 44 wins for Sevilla

Omitting the unusual bad run of three matches without a win against the eternal rival, what happened on Saturday night is the norm in El Gran Derbi. Saturday's match was the 130th official derby, with the balance tipped towards Sevilla FC. The Nervionenses now have 60 wins against Betis which, added to the 31 draws, means they are unbeaten in 70% of the games. In other words, of every 10 derbies played in history, Betis only win three.

Another impressive statistic brought about with this Gran Derbi is that, after the three goals scored by Munir, Sarabia and Franco Vázquez, Sevilla have now scored 200 goals against their neighbours. Betis have scored 155, giving Sevilla a goal difference of +45.

With the three goals on Saturday, Sevilla now have 200 goals against the eternal rival

Furthermore, if the stats are reduced to just including the first division, there is not much of a change. The Ramón Sánchez-Pizjuán hosted the 96th derby at the highest level, Sevilla picking up their 44th win. In total, 45.8% of derbies contested in La Liga have ended in success for Sevilla.

To finish off, of the 48 derbies contested in Nervión, Sevilla boast of 30 wins, six draws and 12 defeats. El Gran Derbi has returned to normality after a short run of unusually bad results, keeping Sevilla's fight for fourth place alive.