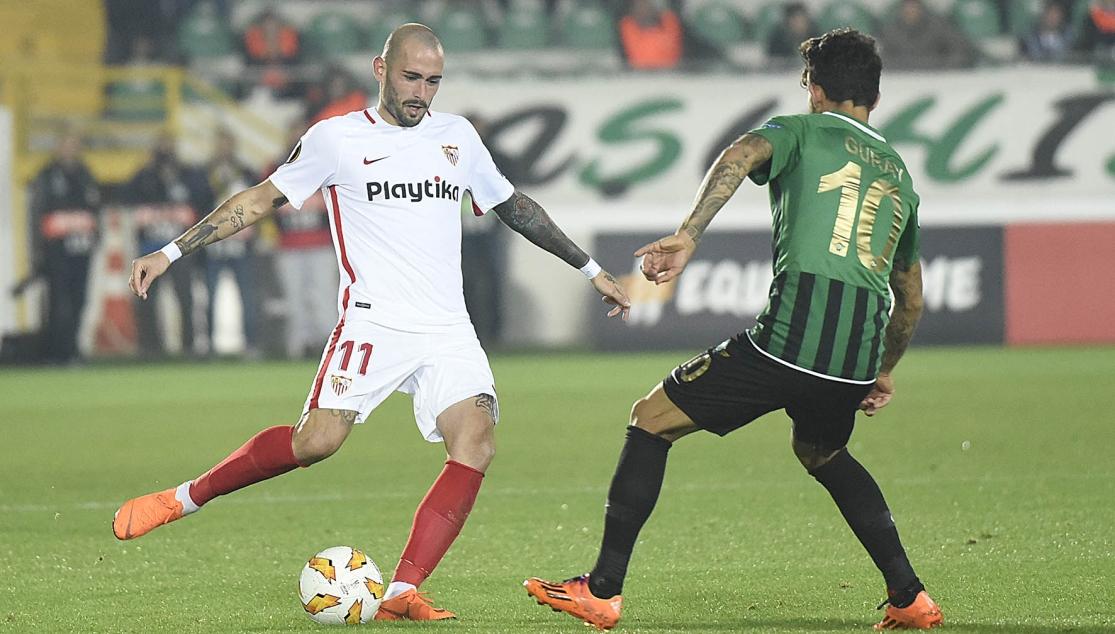 ALEIX VIDAL: 'THIS WILL HELP US TO IMPROVE AS A TEAM'

'We're going back to Sevilla in first place, now we have to focus on the league game,' stated the right wing-back

Aleix Vidal, who returned to the right wing, analysed the victory against Akhisarspor: 'You have to suffer in football, every team that is in Europe deserves to be there. When you go a man down it's normal to come into some difficulties. This will help us to improve as a team.'

The wing-back broke the game down into two very different halves: 'The first half was very good but they got on top of us due to their goals. We have to learn to suffer when things don't go how we want them to. We wanted to go for the win as we know we still have Krasnodar to play. We're going back to Sevilla in first place, now we have to focus on the league game.'

Regarding his personal situation, the Catalan commented: 'You always want to play and I'll always try to do my work as best as possible. I think I feel best out on the right wing. I've been through complicated situations but I always try to overcome any adversities.'