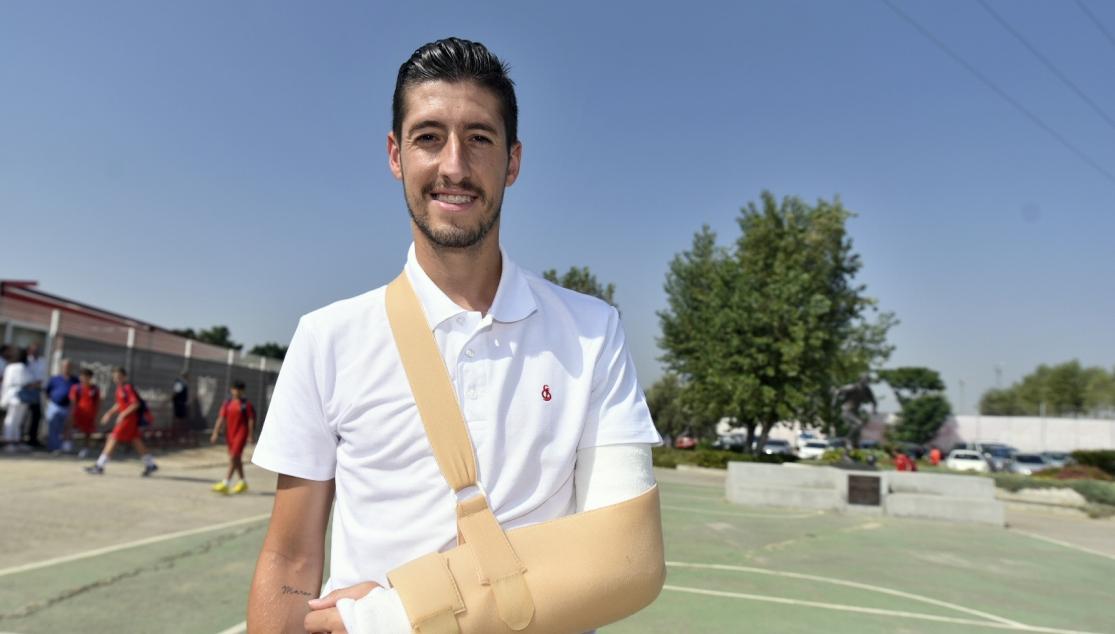 FRACTURE RULED OUT ON ESCUDERO'S ELBOW, WHO WILL BEGIN REHABILITATION NEXT WEEK

Good news also on Gonalons' and Mercado's injuries, with the latter already working in the gym

The latest scan undergone by Sevilla's Sergio Escudero revealed that he had not suffered any fractures of the bone in his left elbow, although there is muscle and ligament damage on the joint according to the medical team at Sevilla FC. They have removed the splint from his arm and placed an articulated prosthesis which allows limited movement. He will start his rehabilitation programme on Monday.

The medical department also adds that Gonalons is doing well after his right fibula injury, with most of the pain now gone from the fractured area. The central midfielder will continue to walk with crutches until the fourth week when they will carry out another CT scan to evaluate his progress. Mercado on the other hand, who injured the ulna in his right arm, has already begun exercises in the gym and there is a chance he could return to training on the pitch next week, although without contact.