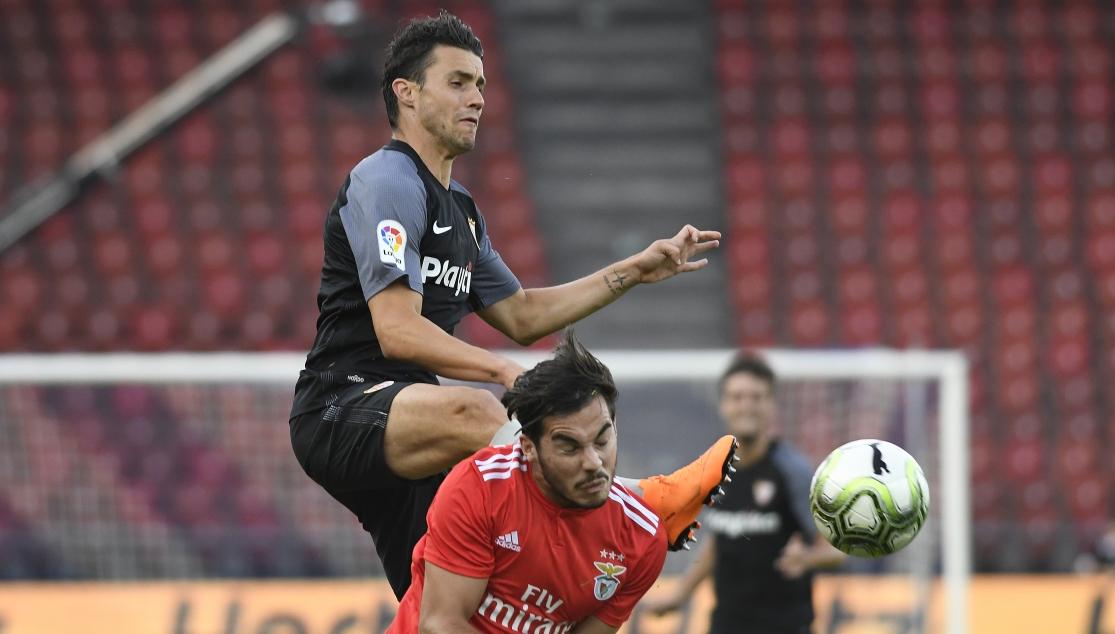 Sevilla FC and Benfica have reached an agreement for the loan of Sebastien Corchia to the Portuguese Club for the duration of this season. The French right-back joined the Nervionenses last summer and will now look for minutes in the Portguese league after a debut season plagued with injuries made First Team regularity difficult for the defender. Corchia made 20 official appearances last season: 12 in La Liga, five in the Copa del Rey and three in the Champions League. He also made appearances in both legs of Sevilla's Europa League Q2 tie with Újpest FC.