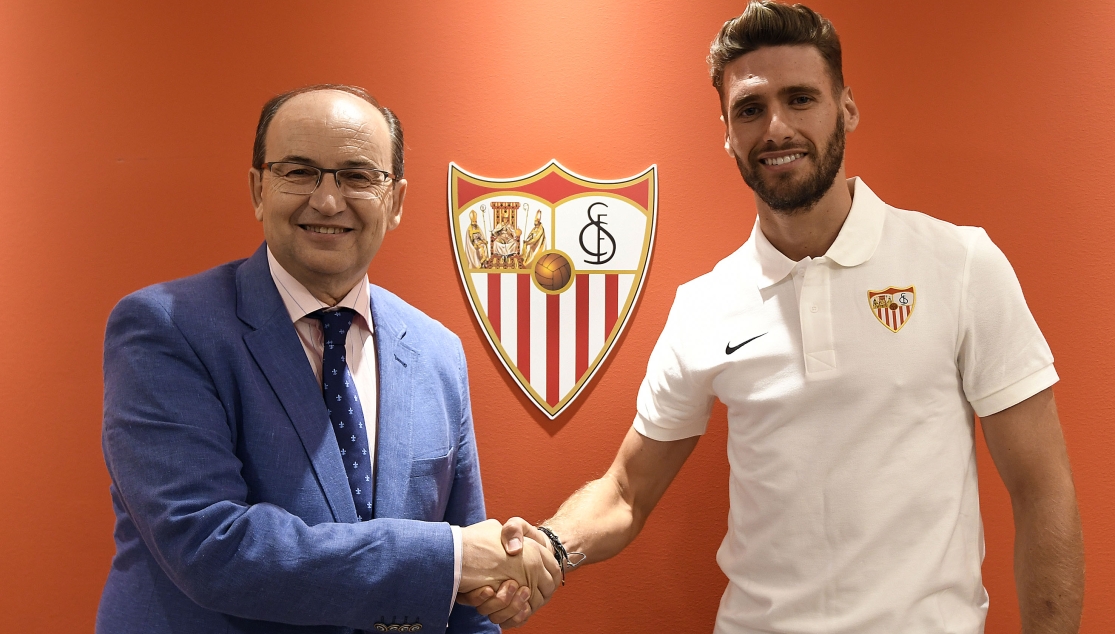 SERGI GÓMEZ: REINFORCEMENT FOR THE BACKLINE

The 26 year old centre-back, grown in the FC Barcelona academy, has made 134 appearances with Vigo in the last four seasons

Sevilla FC and RC Celta de Vigo have agreed the transfer of Sergi Gómez Solà (born in Areyns de Mar, Barcelona) to the Nervionenses. Gómez was grown in the FC Barcelona academy, having joined as a youngster from FPE Mataró. He took steps at the Club, fighting to earn a place in the reserve squad under the management of Luis Enrique at just 18 years old - a season in which the side also achieved promotion to the Segunda División. That summer, he completed pre-season with the First Team under the instruction of Pep Guardiola and played against Sevilla in his first competitive Barcelona appearance in the Spanish Super Cup.

In the 10/11 season, he would alternate between Barcelona's youth squad and Barcelona B, with whom he made nine appearances in the Segunda División. One year on, he would grow in importance and make 21 appearances at the same level. This is a number he would repeat in the 12/13 season, this time scoring twice. In the 13/14 season, at 22 years old, he ended his stay in the Barcelona academy system with 36 appearances in Segunda.

In 2014, he made the leap to Celta Vigo, with whom he scored 2 goals last season

In the summer of 2014, he moved to RC Celta de Vigo under the watch of Eduardo Berizzo. In his debut season he would play 22 league matches and four cup games. A year later, he would appear in 31 La Liga fixtures and six Copa del Rey ties. In the 16/17 season, Gómez made his European debut against Standard Liege in the UEFA Europa League. The same season would see the centre-back play 25 times in the league, six times in the Copa del Rey (scoring against UCAM Murcia) and four more times in the UEL.

Last season, under Unzué, he only missed five league matches (two through injury) - scoring goals against Athletic Club Bilbao and Eibar. Two cup matches would round off a total of 134 official appearances with Vigo in four seasons. At international level, Sergi Gómez has appeared for Spain at U17, U18, U19 and U21 levels.