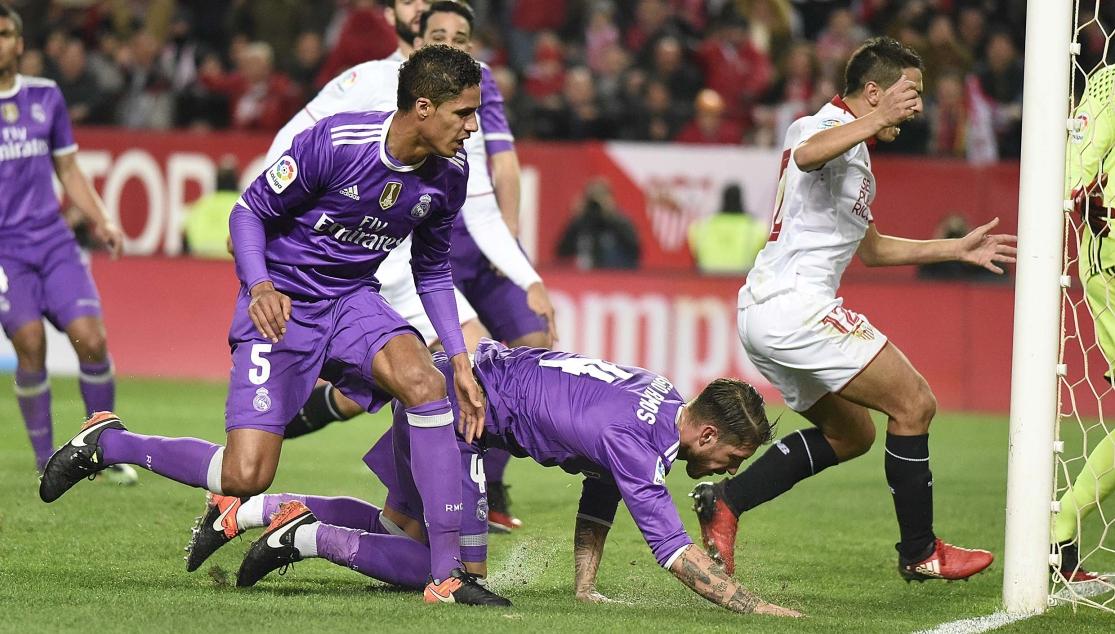 CAPARRÓS LOOKING TO MAKE IT TWO WINS OUT OF TWO

Tonight, Sevilla FC face Real Madrid with all but one European spot decided in the league table. Caparros' Nervionenses will be giving everything they have to make that spot their own, with the transcendental objective of European football still in their hands

Speaking to the media ahead of Real Madrid's journey down to Seville from Spain's capital, Zinedine Zidane warned the world that a Sevilla FC led by Joaquín Caparrós presses with even more intensity and fight than you'd expect. Having already been on the end of a Caparrós managerial masterclass as a player - falling to a memorable 4-1 defeat at the Sánchez-Pizjuán in 2003 with the seasoned coach at the helm - Zidane will be all too aware of the 'Caparrós effect' on a Sevilla side ready to give everything in a fight for European football. Set to manage in his third consecutive Champions League final later this year, the French legend will now be challenged to counteract that effect from the dugout. If last Friday's touchline performance is anything to go by, that may well be easier said than done. Caparrós himself will be out to squeeze every ounce of desire out of his players for what can only be seen as a fundamental fixture in the Club's season. Three matches remain to ensure Sevilla will play European football next season, three points would be the ideal way forward.

As is so often the case at the business end of the season, the temptation is always to tot up points from respective run-ins. As things stand, Sevilla FC sit 8th with 51 points, needing seven points from nine to guarantee a shot at the Europea League in 2018/19. Sitting one point behind Getafe (who host Atlético Madrid and travel to Málaga for their final two games of the season), tonight's fixture - rearranged for Sevilla to play in the Copa del Rey final - represents the ever-thorny game in hand that could make the decisive difference, or cruelly flatter to deceive.

Three matches remain to ensure Sevilla will play European football next season, three points would be the ideal way forward

Though Madrid minds may wander to their upcoming battle with Liverpool for an unprecedented 13th Champions League title, there can be no doubting that as always, Real will be out to win. It's no secret that Zidane will make rotations. With Ronaldo out through injury and Bale suspended, Madrid lose the source of 38 of their 84 goals scored this season but waiting in the wings will be Benzema, Asensio, Casemiro and Lucas Vázquez who will all be out to prove they deserve a starting spot in Kiev.

Sevilla FC, however, will be treating the fixture as a final in itself, and lifted by a first win in ten this past Friday, will show nothing less than the unequivocal focus, drive, commitment and conviction you would expect from a Nervionenses side that knows a job needs doing in the Nervión fortress. A booming Ramón Sánchez-Pizjuán is guaranteed and Sevillismo will be expectant. With a selection headache of his own, it is yet to be seen if Caparrós will stick by the tactical tweaks that seemed to work against Real Sociedad - starting Roque Mesa in the centre of midfield and pushing Sandro Ramírez up to centre-forward - though he will have to fill the gap of Pablo Sarabia (who misses out through suspension) and may well be without a recovering Jesús Navas.

Whatever 11 Sevillistas come out to do battle, Madrid will have to break a run of Sevilla dominance in this fixture when the two teams meet at the Ramón Sánchez-Pizjuán. In their last five visits to Nervión, Madrid have won just once - a 2-3 back and forth battle that saw Ronaldo hand the visitors three points with a hat-trick despite a late push for a point from Sevilla. Otherwise, Madrid have lost 2-1 twice, 1-0 and 3-2 in the Seville cauldron, with Ramos and James Rodríguez the only other Madridistas to have scored in the Sánchez-Pizjuán in the league in the last five years alongside the absent Cristiano. The visitors come into the fixture following an uncharacteristically inconsistent domestic campaign, having lost on the road to Girona (2-1) and Espanyol (1-0). They will nevertheless be buoyed by another successful Champions League run and the momentum of a European semi-final win.

Caparrós' side, though, will need to pay no attention to form and as the boss himself demanded in his pre-match call to arms, will want to be totally dependent on their own attitude and mindset. Obeying the famous Caparrós mantra of taking things one step at a time, tonight's step could prove monumental. With three finals left to play, a win against last season's champions could serve as a powerful reminder that Sevilla can overcome any obstacle. Tonight, that obstacle is Zidane's Madrid. With luck, the Caparrós effect will prove as powerful as ever.