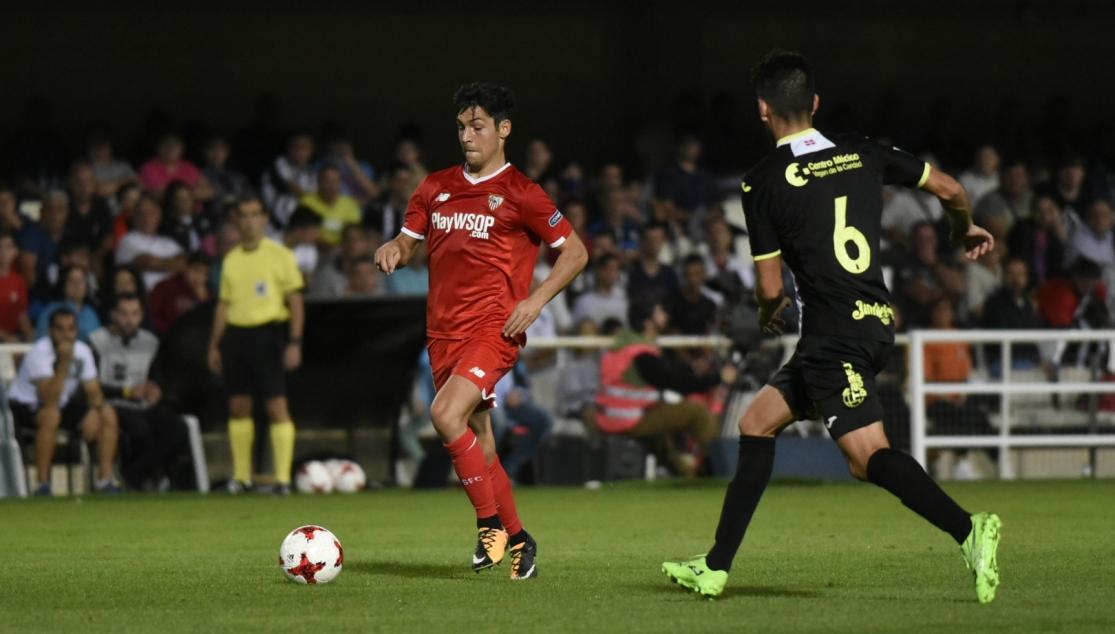 A CHANCE TO REAP THE REWARDS OF PROFESSIONALISM

The second-leg of the round-of-32 of the Copa del Rey sees FC Cartagena visit the Sánchez-Pizjuán in a fixture that will demand professionalism and hard work. Sevilla have seen success in the competition in past years, with two titles and one final. A passage to the round-of-16 would be the perfect tribute to a recovering Eduardo Berizzo

The Copa del Rey returns to the Ramón Sánchez-Pizjuán. Sevilla's first domestic cup game at home could reap real rewards should the home side treat the fixture with professionalism and respect. This Wednesday, Sevilla FC return to the round-of-32 of the competition against FC Cartagena already three goals to the good after a 0-3 win in the Cartagonova Stadium. Goals from Sarabia, Correa and Muriel - with two assists from centre-midfielder Ganso - were enough to secure a comfortable first-leg win. The Sevillistas undoubtedly have the tie in their hands but in the cup - as in any challenge - the home side will not be able to dwell on the aggregate result. The goal should be to play good football, offer a good spectacle and score as many goals as possible.

It's a perfect opportunity to give minutes to players with fewer opportunities thus far this season. All parts of the whole count and this is a chance to muster every effort to improve the side's team game and get a complete performance under the belt - even if the difference between the two teams is pronounced. It's a top fixture to enjoy good football in Nervión and see the best of an Eduardo Berizzo side - temporarily under the control of Ernesto Marcucci - which will be itching to add to an impressive recent goal record: eight scored in three games (league and Champions League). Attacking threat is growing fixture-by-fixture and the Copa del Rey is a great stage to kick into another gear.

FC Cartagena - current leaders of Group 4 in the Segunda Division B - has reached this stage in the competition by winning three knock-out ties. The first and second had the same score (2-1) against UCAM Murcia and Mirandés and the third saw a 0-1 victory over Talavera de la Reina. A trip to the world famous Ramón Sánchez-Pizjuán just one game after an historic Champions League battle will likely be satisfaction enough for the underdogs.

A Club like Sevilla FC that in its display cabinet boasts 5 domestic Spanish cups, (two titles and a runner-up title this century), will always address this competition as it deserves, never as a formality. Still fresh in the memory of the Sevillistas is the Getafe clash in Madrid (2007), the joyous win against Atlético Madrid in Barcelona (2010) and the pressure maintained up until the final-whistle in the final against FC Barcelona (2016) at the old Calderón. The players that feature in Nervión this Wednesday will be defending the badge of a penta-champion. Sevilla will be hoping for a typical, competitive cup-match - with enthusiasm, a strong attack, and goals. And what's more, the squad will go out onto the pitch with more on their minds, looking to dedicate a passage to the Copa del Rey round-of-16 to recovering coach, Eduardo Berizzo.