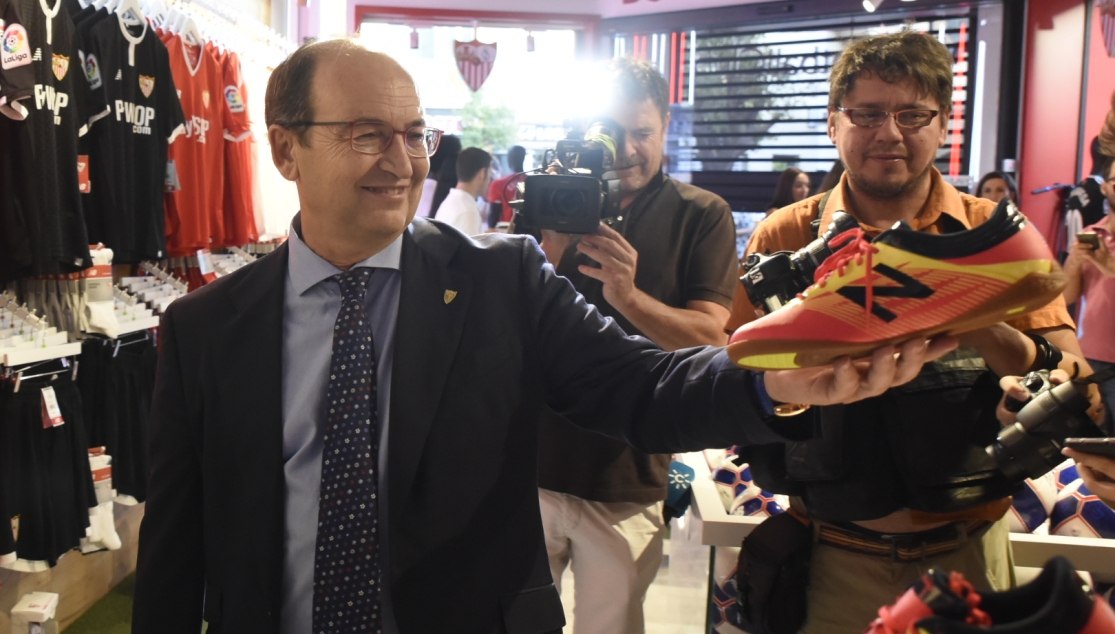 In his speech, Castro highlighted the location of the modern and iconic shop - now open on one of the foremost commercial streets of the Andalucian capital. Also significantly, Sevilla's new shop sits just 10 metres from the Puerta de Jerez, a stage that has been the host of title ceremonies throughout history. In that regard, the club has paid tribute to its special link with Sevillistas, creating a new and emblematic meeting point between the Club and its fans in a magical location.

As well as the location, the Chairman emphasised the international reach of the shop, which boasts 176 m2 of space and is set to expand global reach the SFC brand, with customers tended to in over five languages: Spanish, English, Italian, French and Chinese, amongst others.

There will be a special offer on opening day

It should also be remembered that the new shop will open its doors to the public this Monday - open from Monday to Sunday with opening hours of 10:00am-21:00pm. On it's first day open to the public, Sevillistas will be able to take advantage of a new offer whereby customers who buy the official Club shirt will receive the official 16/17 shirt for €1 more.

With the opening of this new commercial space, the Club takes one more step forward by incorporating another modern and international shop, adding to the Stadium Shop, Outlet Shop and Online Shop.