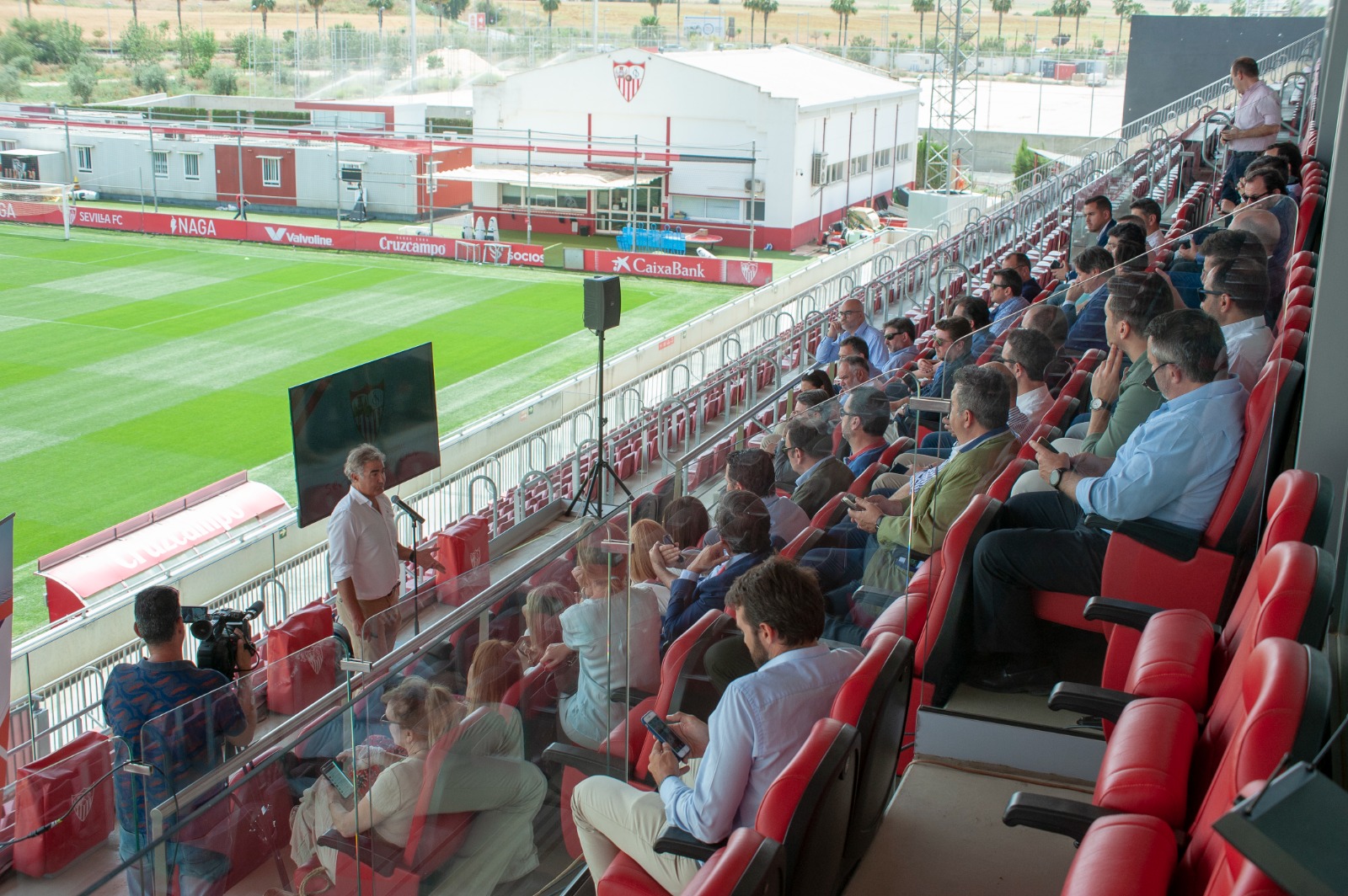 To be sustainable is a task for everyone. On the basis of these words, The Sevilla FC Business club, along with the aid of Endesa, organised the 'Business and Sustainability' workshop, with an incentive to care for the environment, in which attendees were introduced to the basic notions of application for the industrial processes of the different companies. Thus, on the 19th May, the photovoltaic plant 'Las Corchas', in the municipality of Carmona, the headquarters of the PROIN Group and the José Ramón Cisneros Palacios Sports Complex were visited.

Experts in the field and those responsible for each of the facilities demonstrated how to be environmentally sustainable, from the simplest of matters to the most sensitive and long term. At the 'Las Corchas' facilities nature and sustainable energy combine for a clear example of a circular economic, taking advantage of all benefits of the ecosystem has to offer. A project kickstarted by Endesa to produce honey. The solar beehive combines the purest tradition with state-of-the-art technology based on intelligent hives.

The expedition has changed locations to the PROIN Group's headquarters, the official provider of Sevilla FC of ecological fertilisers, in order to get to know the production process on an international scale. A business with a clear, focused and environmental commitment, along with Sevilla FC's collaboration, for sustainable innovation of products. The workshop, the very that Sevilla FC director Luis Castro was present, came to a conclusion at the ciudad deportiva, where head of operations, Carlos Venegas, put the sustainable plans of action into context in the stands at the Estadio Jesús Navas that are being implemented and those already planned for the future by the organisation.

Amongst the many plans actions, as an example, the use of the Bermuda grass variety, which reduces irrigation water consumption by 33%, was explained. Water control is one of the pillars of the Sevilla FC Sustainability business plan. Due to the development of a new rainwater channelling system has been developed for subsequent irrigation and a cistern with a capacity of 1000 cubic metres has been built.

The event, promoted by the Sevilla FC Business Club, was also attended by Grupo Barreno and Grupo Insolac. The event was closed by the general business director of Sevilla FC, Jorge Paradela, who highlighted the progress that the club is making in terms of sustainability, both environmentally and socially.