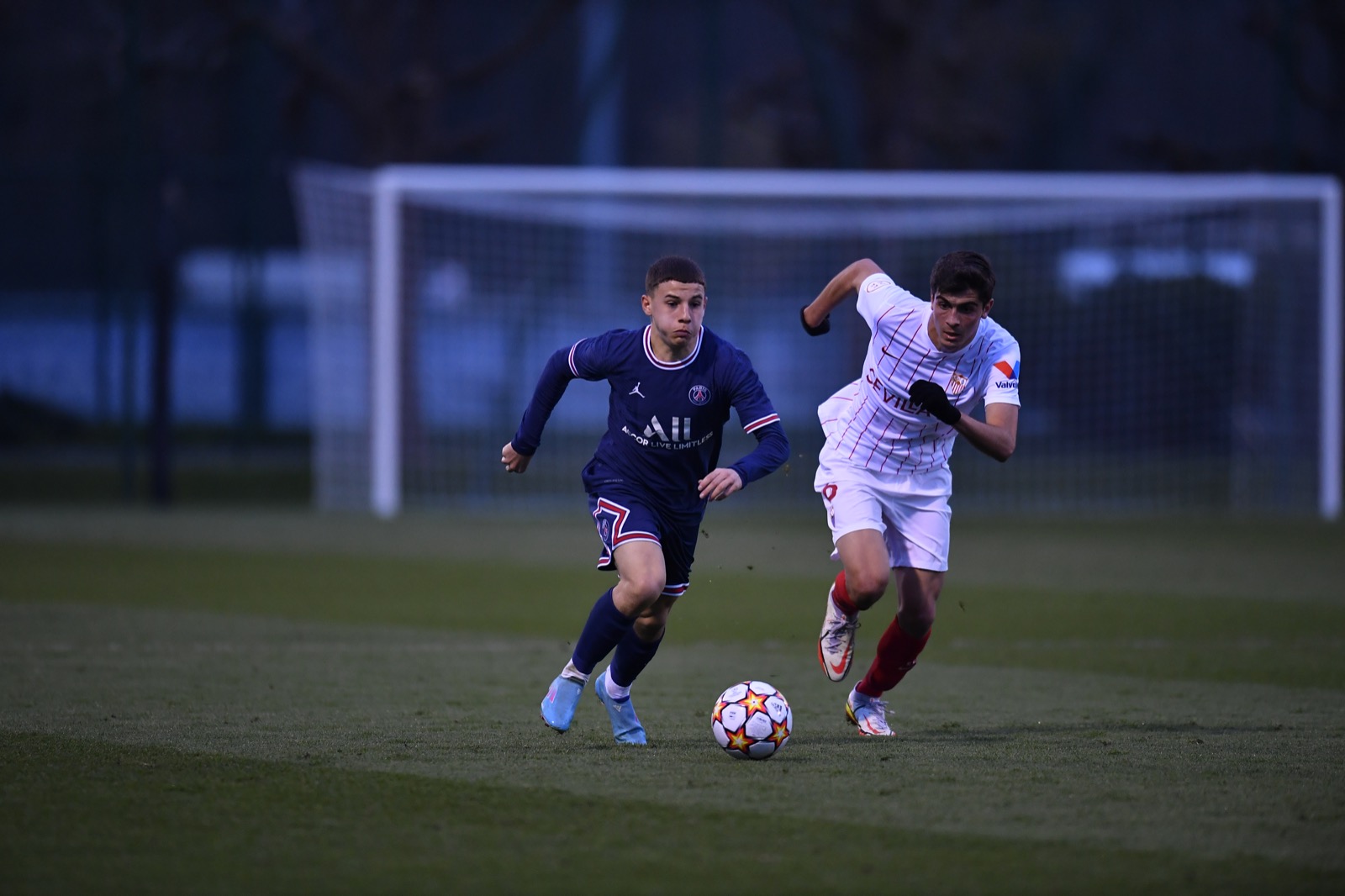 2-0: THE U19S FALL TO DEFEAT IN THE LAST 16 OF THE YOUTH LEAGUE AFTER BATTLING AGAINST ADVERSITY

Sevilla FC U19 fell to a 2-0 defeat in the last sixteen of the UEFA Europa League against PSG. Lolo Rosano's team tried up until the very end but right from the very start things began to go against them, not due to their own fault but because of mistakes from the referee, which bit by bit drained the Sevilla team. In the first half the clash between both teams was titanic. It wasn't until half time when the French side had the clearest opportunity with a double chance, first from Xavi Simons and then on the rebound Gassama but Alberto Flores was alert for both and kept out the danger from the Sevilla goal. Just before the half-hour mark Carlos Álvare was taken down in the area but the Scottish referee adjudged him to have dived and showed him one of the many yellow cards in this period of the game.

Despite all of this the Sevilla team did not fold, although in the last minute things became even more uphill. Walsh awarded a penalty against Diego Jiménez, who in then received a second yellow card leaving the visiting side a man down for the whole of the second half. Xavi Simon converted the penalty in the 45th minute to round off a first half more positive than negative, although one in which they were behind on the scoreboard. After half time and putting aside the difficulty of what happened in the last minute of the first half, the Sevilla side didn't waver and kept going in every moment. After several substitutions for the team and with just under twenty minutes to play, Kike Salas almost scored the equaliser, with Simons clearing off the line and then Sergio Martínez, who shot hit the left post. In the 85th minute of the game, another dubious penalty was awarded by the Scottish referee which ended Sevilla's hopes, although Alberto Flores was close to stopping it.

The European dream for the Sevilla U19s therefore comes to an end, who have shown throughout the competition that they have shown a lot of signs and hallmarks of Sevilla. Now it is time to change tack and focus of the league, in which the visit of Club Atlético Ceuta awaits.

REFEREE: Nicholas Walsh. Yellow cars for the home side for Xavi Simons and a straight red to Wilson. Yellow cards for the visitng side for Zarzana, Diego (2), Carlos Álvarez, Manu Bueno, Alberto Flores, Sergio and Darío.