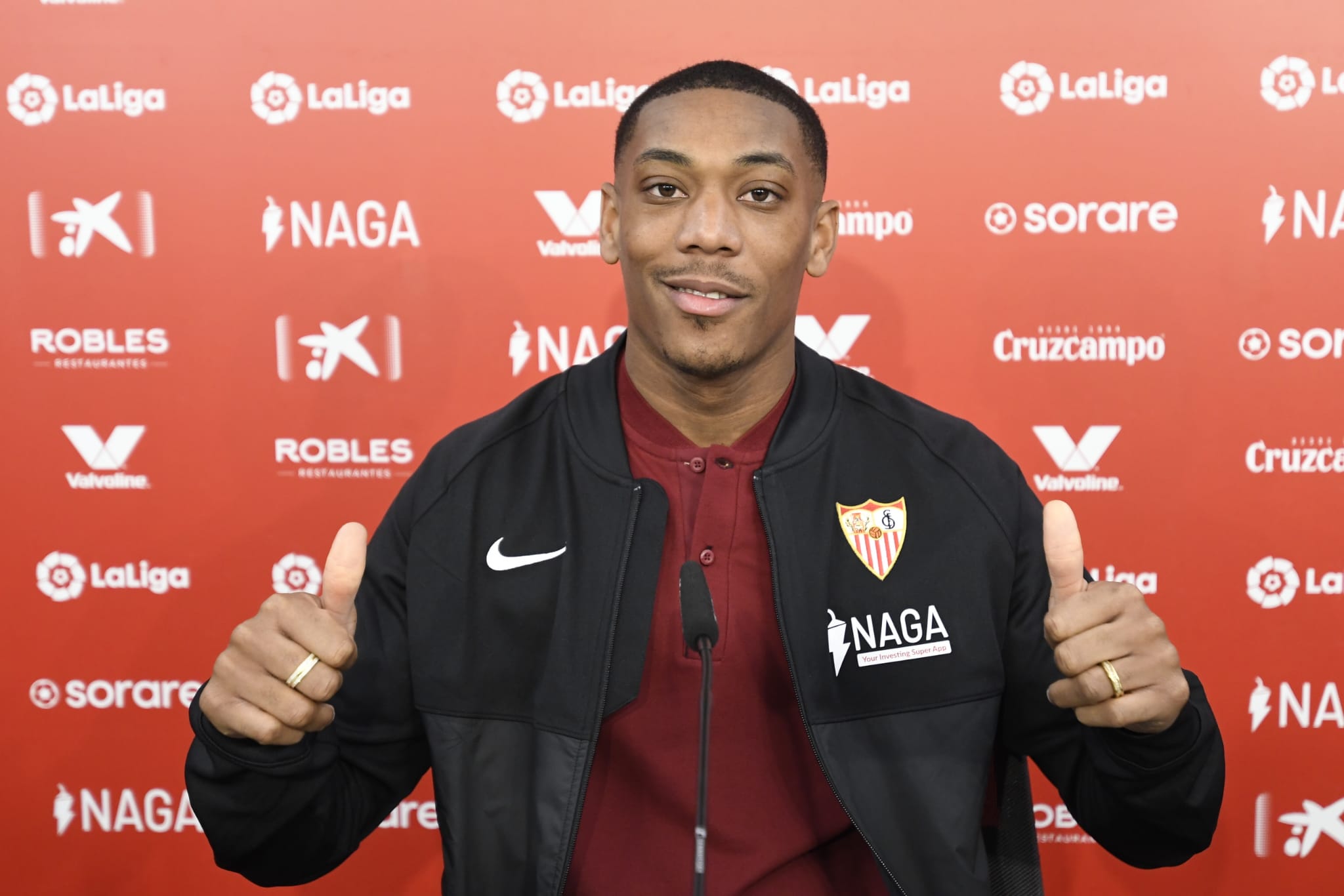 MARTIAL: "I WANT TO BRING MY EXPERIENCE HERE AND HELP THE TEAM TO KEEP WINNING"

Anthony Martial spoke in front of a packed press room at the Ramón Sánchez-Pizjuán, as he was unveiled as a Sevillista. To begin, he explained why he chose to join Sevilla: "What convinced me to come is the contact with the sporting director and the coach, they showed me that they wanted me. I wanted to come so I could play and show what I can do in the team". He also believes he can help out straight away: "In the last few months I have been training a lot. I hope to be able to train soon with my teammates and work well with them to fight for the competitions we're still in. I'm ready to play. I trained hard to be ready and if the coach wants me to play, I'll do it now.

He also think that he will adapt quickly to the team: "I already know Ocampos and Koundé very well and I hope to be welcomed by everyone. I'm joining a big club here in Spain and what's important is helping them towards the aims that we all have at the end of the season. I've already known Monchi for a while because he's wanted me before. When he called, we understood that we wanted to work together, and so I could help him towards the aim which the team has. We're well-placed in second place and there are other big clubs that are aiming for the same of us. We have to be consistent and fight as much as we can to achieve it".

He did not focus on a certain position, he wants to help: "I've spoken with the coach, but the most important thing for me is playing, it doesn't matter where, so I can do my best and do what the manager wants from me. This is a good team, they play football. I want to bring my experience here and help the team to keep winning". He was also asked about the club's connection with French players: "Sevilla have developed some very good players so that's why I came. I'm happy to work with such a good coach in Lopetegui".

He acknowledged that he is focused on these five months and is not looking beyond that, before touching on the Europa League: "Winning a seventh UEL is a big aim. Also, the final is here so we'll do everything possible to win the cup. My aim is to play, help the team and that means enjoying myself on the pitch, and scoring and assisting. That's the aim for me these next few months".