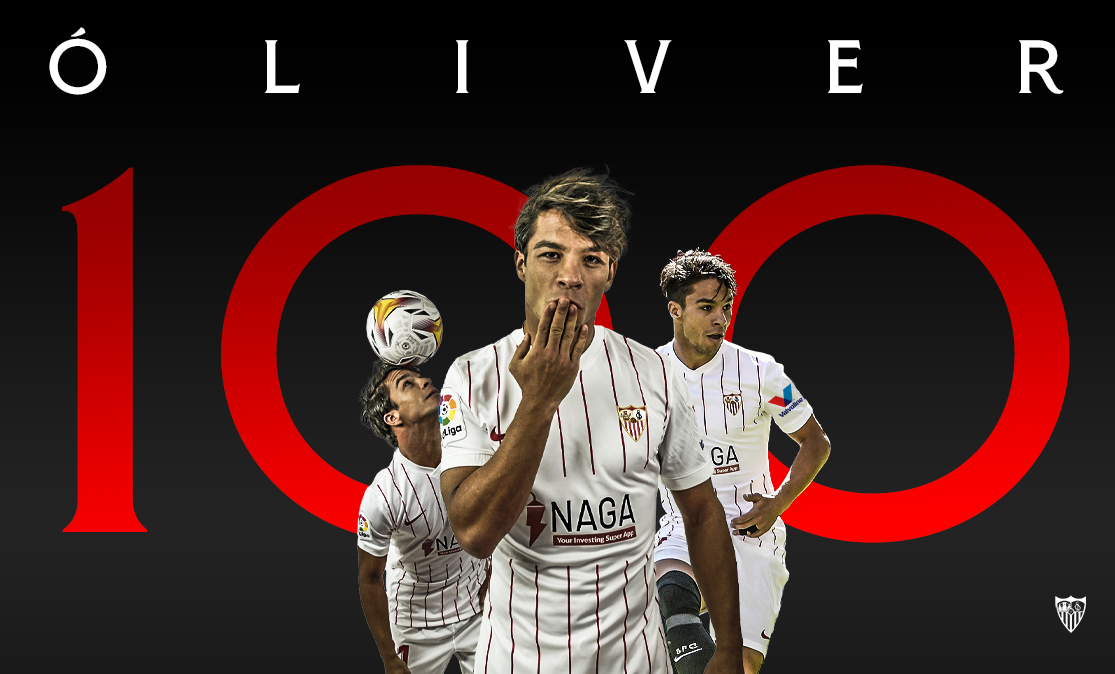 ÓLIVER TORRES MAKES HIS 100TH APPEARANCE FOR THE CLUB

Óliver Torres has brought up 100 appearances for the club. The midfielder from Navalmoral de la Mata, who was introduced as a second-half substitute during the 2-0 win away at Real Zaragoza, joins a select group of players who reached the milestone during their third season at the club with Julen Lopetegui in the dugout.