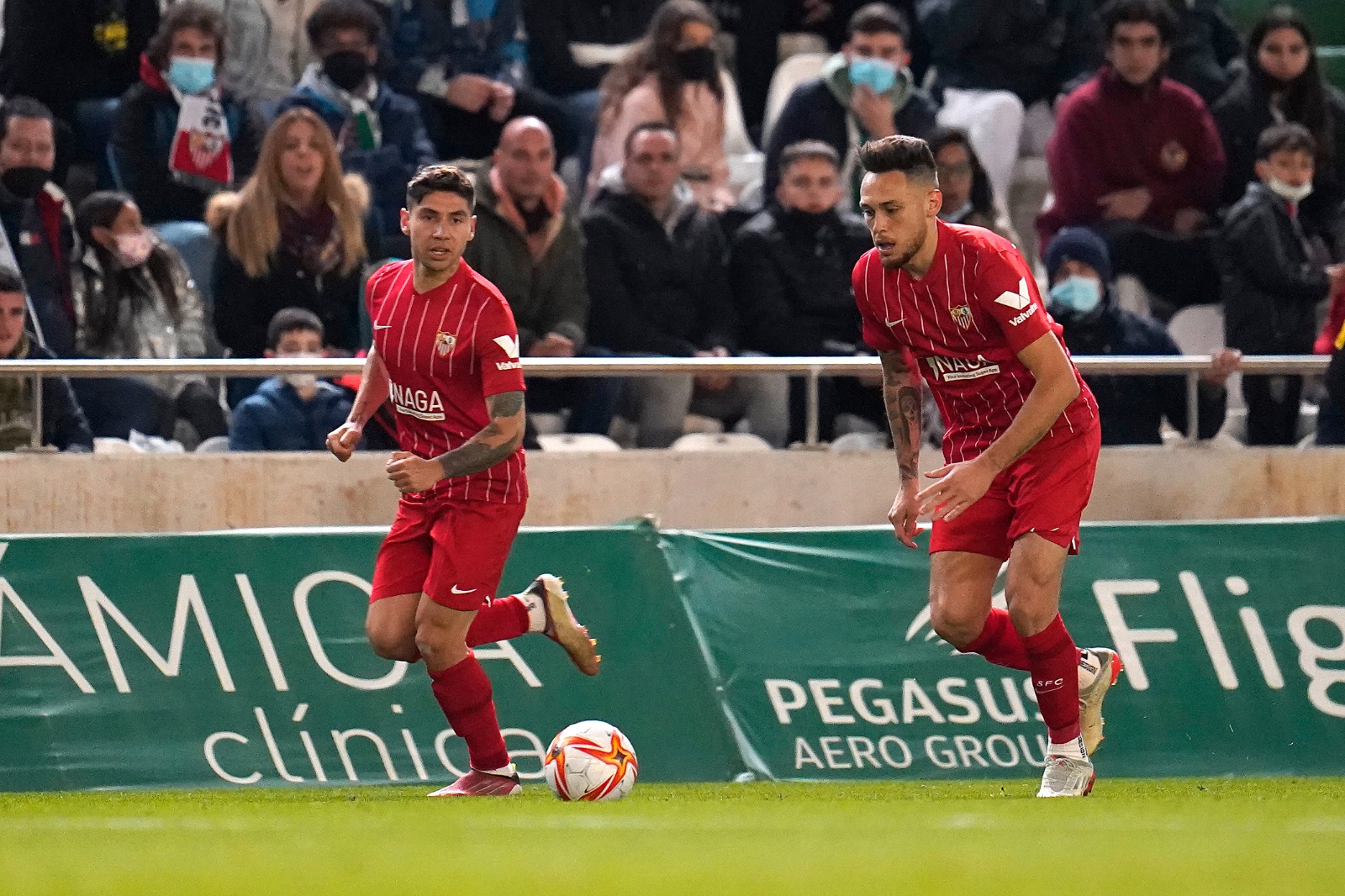 It was no easy night in Córdoba. The first round Copa del Rey match went on for a tough 120 minutes, testing many players' legs to the limit, but Sevilla managed to get through to the next round in the end thanks to an Ocampos goal in the second half of extra time. Córdoba took Sevilla to the limit and Julen Lopetegui's side had to work hard so as to not be the surprise giant-killing of this first round. Dmitrovic had to make saves, while Felipe in the other net did his work to make sure the match went the full 120 minutes.

The first half of regular time was a very even affair at the Nuevo Arcángel Stadium and each time had one good chance each to go into the break 1-0 up. Córdoba's chance saw Puga send in a header that Dmitrovic had to push away for a corner. Sevilla's chance came from Munir who almost put us in front following a header from an Óscar free kick. Iván Romero also had a chance from a Rekik pass but it went wide. The first half brought the bad news of Delaney having to come off after he began to feel dizzy.

Julen Lopetegui brought on Ocampos and Diego Carlos for the second half. The Brazilian replaced Gudelj who had to finish the first half with a knock following a tackle from Simo. Sevilla's play changed as they looked to be more aggressive in the press and rapid in getting the ball to Felipe's goal, having two shots and winning two corners in the first five minutes. Iván Romero almost put us in the league when Ocampos fed him the ball but Felipe managed to deny it.

The match went on and Sevilla began to lose the control they had of possession. A mistake at the back saw Willy come away with the ball but he decided to shoot early, sending the ball over Dmitrović's goal. Lopetegui continued to bring on more of his regular starters, this time Rafa Mir who shortly after had the ball in the net but it was ruled out for offside. Munir and Ocampos could have opened the scoring with good bits of play. Munir had a dangerous chance following a good move from Papu. That would be all there was time for in regular time and the cup match would have to be decided in extra time.

The first chance in extra time fell to Rafa Mir who shot from distance. Sevilla kept pushing Córdoba further and further back and had an avalanche of corners, one after the other. The biggest chance came from Papu, who made a huge difference on the night, forcing Felipe into an excellent save.

With nerves growing, the Sevilla goal would come. Ocampos ran onto a long ball, beat Felipe who had rushed out too far and put the ball into an empty net in the 108th minute. Rafa Mir could have scored a second shortly after, but only Ocampos would manage to beat the 'keeper who was in inspired form. Full time came and Sevilla progress into the second round.