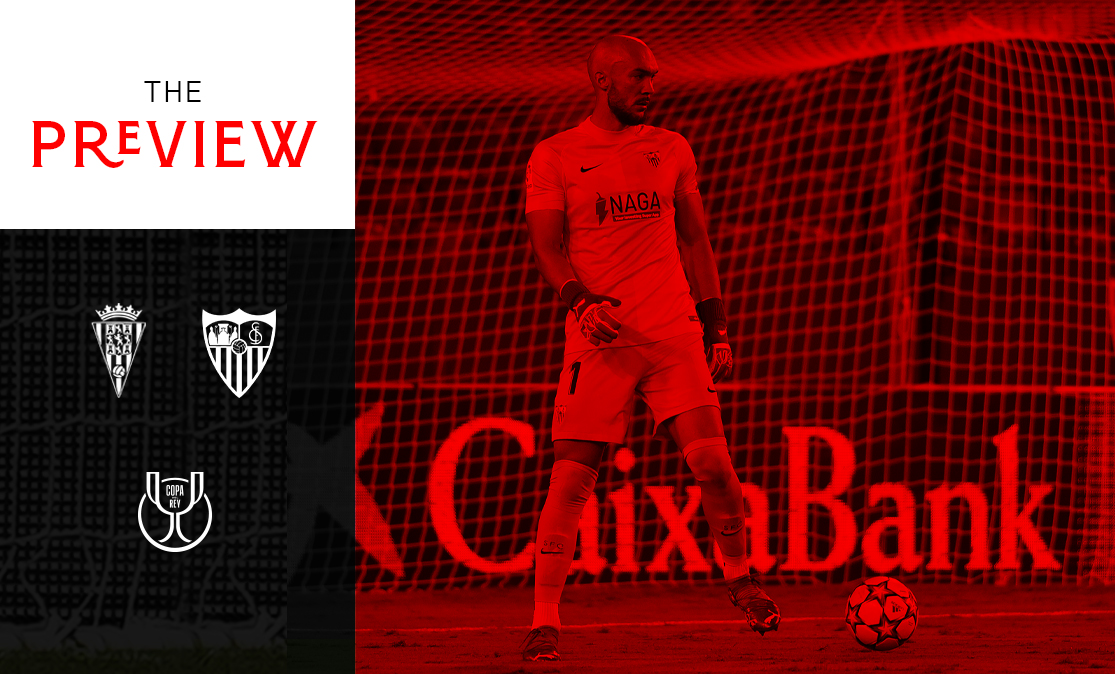 THE COPA DEL REY GETS UNDERWAY WITH A LOCAL AWAY DAY

Entradilla
20,000 fans, including a healthy travelling contingent, are expected at the Nuevo Arcángel for the first fixture between Córdoba and Sevilla since February 2015
Cuerpo Superior

Almost seven years have passed since Sevilla FC last faced Córdoba CF, in a LaLiga fixture at the Ramón Sánchez-Pizjuán. This evening, the two sides will face each other in a winner-takes-all First Round Copa del Rey clash, the third season since two-legged ties were scrapped in every round, apart from the semi-finals. While most top-flight outfits will be facing teams from below the fifth tier, Julen Lopetegui's side have been handed opponents who were relegated from the third tier last season, and also play at a large stadium, the Nuevo Arcángel. Córdoba are currently fighting to redress their situation after enduring a bad season at the worst possible time. Their objective was promotion back to the Second Division, just as the RFEF decided to restructure the third and fourth tiers. They missed out on promotion, but they were also unable to maintain their place in the third tier, with our reserve side's final-day win condemning Córdoba to a place in the RFEF Second Division, the fourth tier of Spanish football.

Their league finish did not even grant them a place in the Copa del Rey this season, but they eventually reached the tournament as one of the Copa RFEF semi-finalists, and would go on to win that cup with a win at home to Guijuelo. They also lead the way by a considerable margin in Group IV of the RFEF Second Division, as they look to bounce straight back to the third tier, but they will also be looking for a major cup upset in front of their fans, just after their cup success against Guijuelo. Their coach, Germán Crespo, has various players in his squad who once played for our reserves, such as Bernardo Cruz, Viedma and Casas. As for the visitors, Julen Lopetegui has named four academy players in the travelling squad, with Valentino, Juan María and Nacho Quintana joining Iván Romero, who is already a regular presence in the squad. Fernando Reges is suspended, while Javi Díaz has not been selected.

This is the sixth time that the two teams have been drawn to face each other in the Copa del Rey, and the seventh occasion that Sevilla have faced a side from Córdoba. The now-extinct RCD Córdoba were the opponents in the Fourth Round in 1948/49, with the Nervionenses progressing in a one-leg fixture. As for the current Córdoba CF, they were beaten in two-legged ties in 1978/79, 1979/80, 1985/86, before losing in a winner-takes-all clash in 1986/87. The last cup meeting came in 1991/92, which again saw Sevilla progress, winning the home leg after a first leg draw at El Arcángel. This evening's fixture will be officiated by Jesús Gil Manzano from Extremadura. This will be his fourth match at the Nuevo Arcángel, where he has not refereed since a Second Division fixture in 2011/12. He has refereed Sevilla 19 times in total, with four Copa del Rey fixtures, two wins and two defeats. He took charge of the win at home to Sabadell in 2014/15, the away defeat in the first leg against Espanyol later that season, the win in Nervión against UD Logroñés in 2015/16 and the defeat in the 2018 final against Barcelona at the Wanda Metropolitano. VAR will not be in use for this fixture.