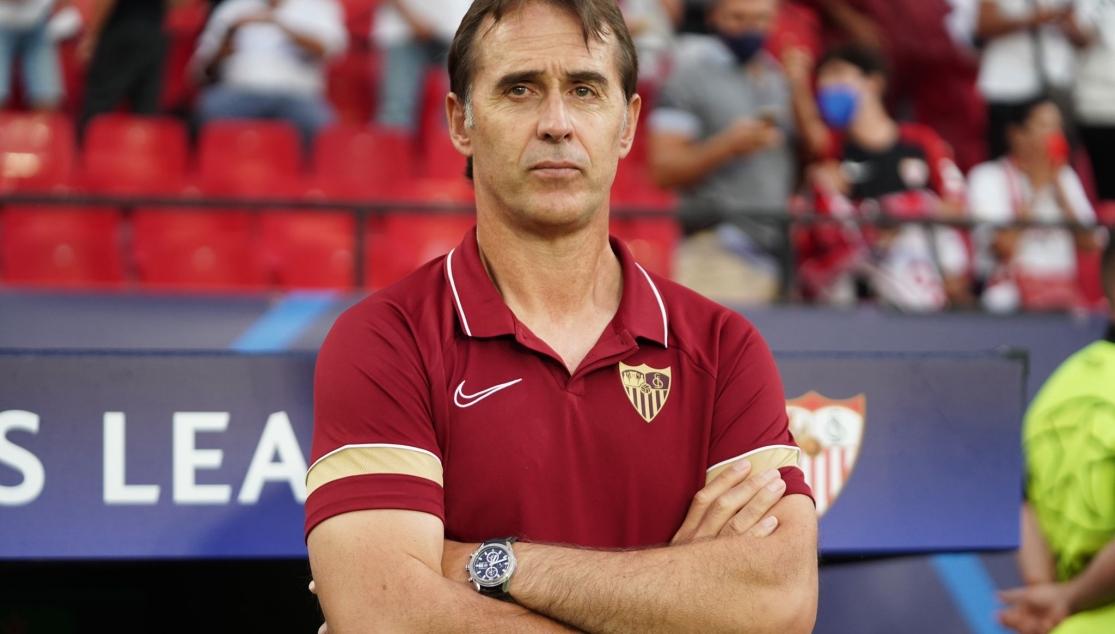 LOPETEGUI: "WE ALWAYS AIM TO WIN, BUT WE’RE HAPPY WITH THE MENTALITY OF THE TEAM"

Julen Lopetegui spoke to Official Media after the draw against FC Salzburg. The coach started with a brief overview of the encounter: "The summary is that we made a great effort against an opponent that is one of the fastest paced in Europe. We had three penalties against us, the red card and we did not collapse, we even ended up deserving to win the game with some quite clear chances.

Lopetegui was then asked about the referee's performance: "The referee has done his job, but clearly we're not happy because he's given three penalties against us, sent a player off when there was an offside... he was giving us yellow cards for very little, but focusing on the refereeing doesn't help us much either". Changing the subject, he spoke about his team's attitude despite the circumstances: "We're happy with the team's effort and mentality, but we're never happy with a point because we always want to win. We started off very well and had a lot of problems, but I think the team has recovered and we managed to overcome a good opponent".

To finish, Lopetegui was grateful for being able "to rely on the fans' support in this type of situation", before congratulating the Sporting Director for reaching 1000 matches in charge: "Monchi will reach whatever number of matches he wants. 1000 matches says a lot about the extraordinary career he's had".