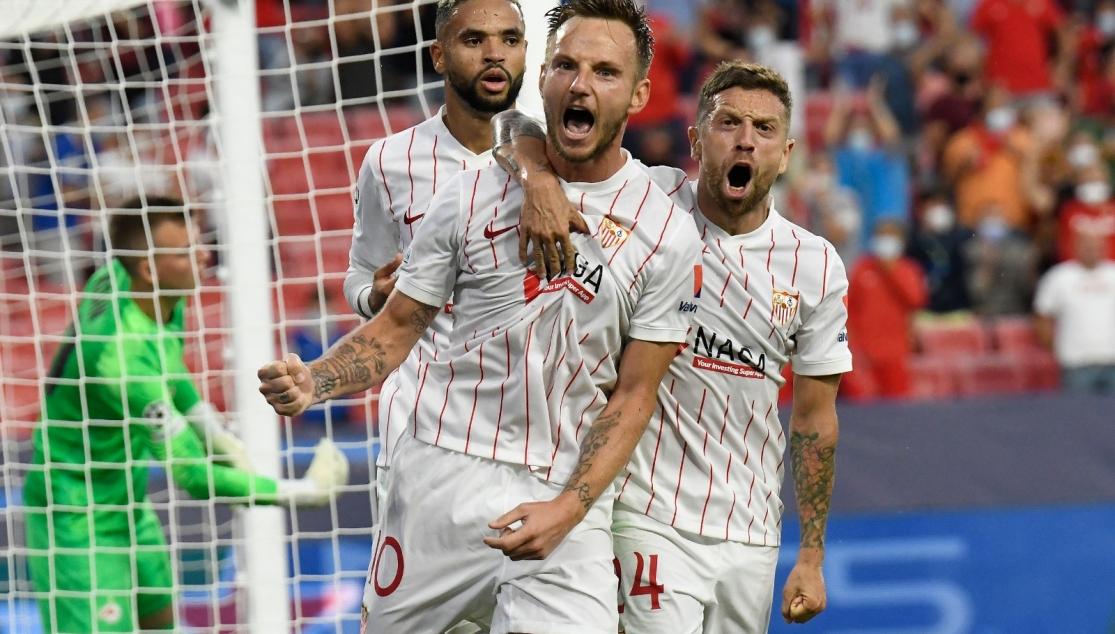 RAKITIC AND RAFA MIR ON THE DRAW AGAINST FC SALZBURG

"Mistakes in the Champions League are punished in a very direct way", stated Rakitic

Rafa Mir and Ivan Rakitic offered their thoughts on the draw against FC Salzburg: First up, the striker: "It was a very strange match, it's difficult to explain but we'll learn from our mistakes. I'll have to see everything that happened, but we worked very well, had chances and that's what we need to remember, we were a man down and that's easy to see in these matches. The group is very even and anyone could win it or go through. We have the team to aspire to great things and we'll keep trying when everything is bad".

The Croatian midfielder then spoke about the three Salzburg penalties: "I don't know if this has ever happened in the Champions League, but mistakes are punished in a very direct way, you can't allow it. We had prepared well, but they took advantage of their depth and that did not help our game plan".

"We played for a long time with one man less and that's not easy, you have to congratulate the team for the struggle and we went closer to a second than they did", commented Rakitic. He finished by thanking "all the fans for coming, it's great to feel their support and strength again".