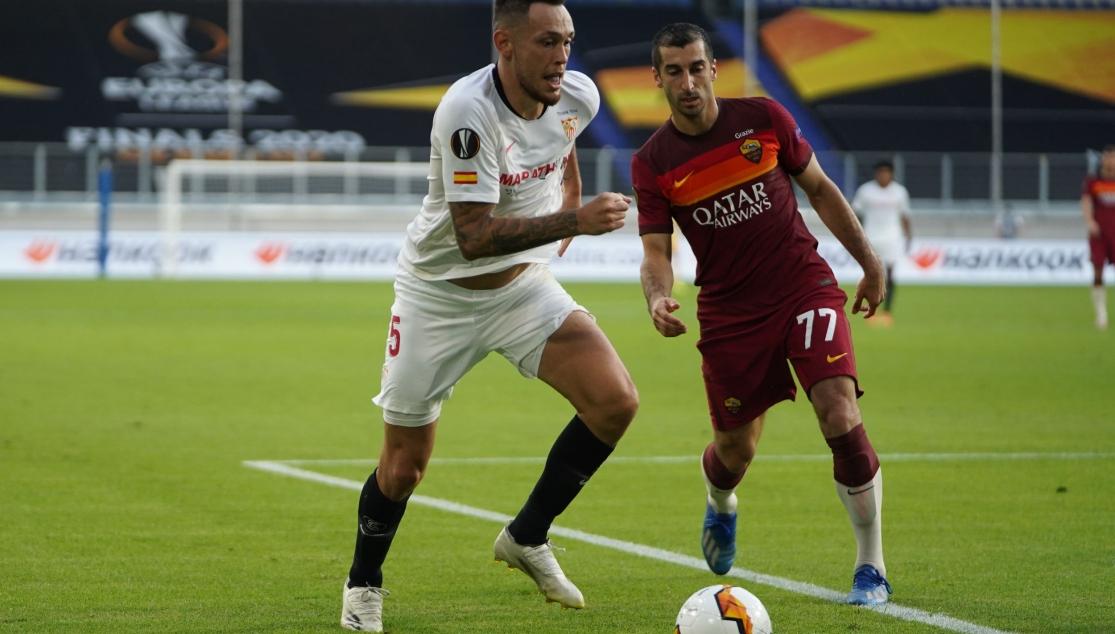 FRIENDLY AGAINST AS ROMA THIS SATURDAY, ANOTHER TEST FOR SEVILLA FC IN PORTUGAL

Sevilla FC will face José Mourinho's men at the Estadio Algarve at 18:30 on Saturday.

Sevilla FC will have one last friendly to finish this stage of the preseason in Portugal. They will face another tough challenge on their final day in the neighbouring country by playing against AS Roma, one year on after Lopetegui's men beat them in the last sixteen of the Europa League. The game will take place this Saturday, July 31, at 18:30 Spanish time at the Estadio Algarve, the same stadium in which they played against PSG last Tuesday. As in that game, this friendly will also be played behind closed doors.

The game can be watched live on Sevilla FC TV on channel TDT in Seville and its metropolitan area, as well as on the club's Youtube and Facebook channels across Spain. It can also be followed on Sevilla FC Radio.