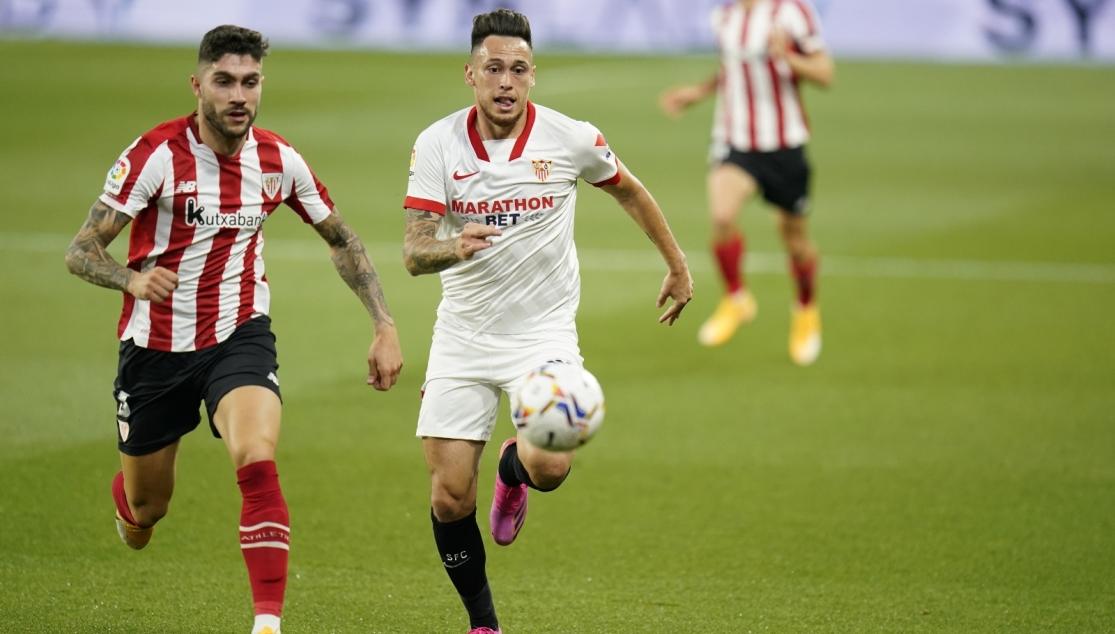 DEFEAT IN GAME NUMBER 50 OF AN EXTRAORDINARY SEASON

Sevilla FC fell last night to Athletic Club at the Ramón Sánchez-Pizjuán, a defeat which put an end to a run of six straight wins in La Liga and nine games without losing - eight in the league and one in the Champions League. Last night's match against the Basque side was Sevilla's fiftieth game this season since it began all the way back in September against Bayern Munich in the UEFA Super Cup.

The fiftieth game brought a stop to an incredible run of form over the last two months which secured mathematical qualification, five games before the season ended, for the Champions League next season. 34 league games, eight Champions League matches, seven in the Copa del Rey and the aforementioned UEFA Super Cup bring the team up to fifty in a season which will end with fifty-four games played. Since football resumed in June after the break caused by COVID-19, Sevilla will have played 69 games with a minimal summer break after winning the UEFA Europa League.

Over the fifty games, Sevilla have a win rate of more than 60% and are unbeaten in almost 80%

The team's herculean effort is made clear when put into stats. Of the fifty games played this season, Sevilla have won 32 and drawn six, leaving only twelve defeats. This means the team are unbeaten in almost 80% of their matches and have won over 60%. Four matches are still to come: away trips to Real Madrid and Villarreal CF and home matches against Valencia CF and Deportivo Alavés. The team will have the goal of overcoming their record points tally in La Liga: 76.