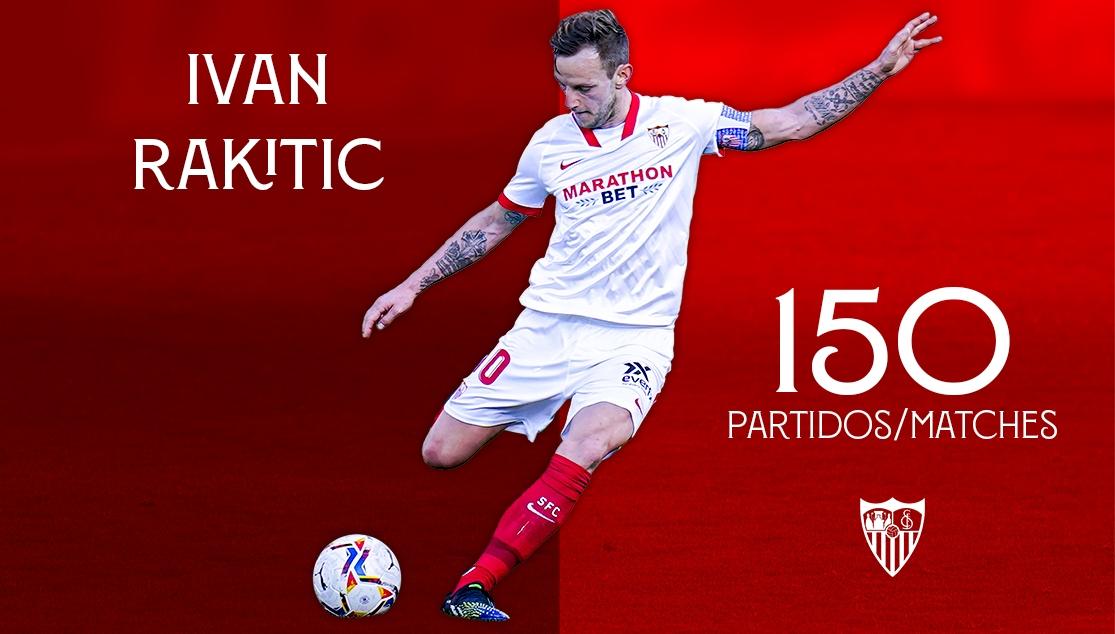 He arrived in Spanish football in 2011 alongside the Chilean Gary Medel. Sevilla FC had signed a midfielder born in Switzerland, with Croatian citizenship, from the German side Schalke 04. Sevilla fans knew little of him in that moment. And Ivan Rakitić himself probably had no idea what Spain and Sevilla in particular would end up meaning to him. On Monday night, in the tough defeat against Athletic Club, Rakitić reached 150 league games in Sevilla colours. In all competitions, he now sits on 195. With only four games left to play this season, celebrations for game number 200 will have to be left until after the summer.

Curiously, Rakitić's first game back for the Club, in the UEFA Super Cup in Budapest, was his 150th game in all competitions for Sevilla, meaning he has played a total of 45 matches this season. Focusing on La Liga, the Croatian has played 33 games - he only missed the visit to Getafe on 6 February. In those games he has scored three and assisted one. His total La Liga stats sit at an enviable 28 goals scored and 31 assists provided from midfield.

Remembering his service to Spanish football, you cannot forget his six seasons at FC Barcelona in which he played exactly 200 league games. This brings his total in La Liga to 350 games played over a decade and four months. At Barcelona he scored 28 goals, bringing his total tally to 52. His 29 assists at Barcelona bring his number of assists to 60.