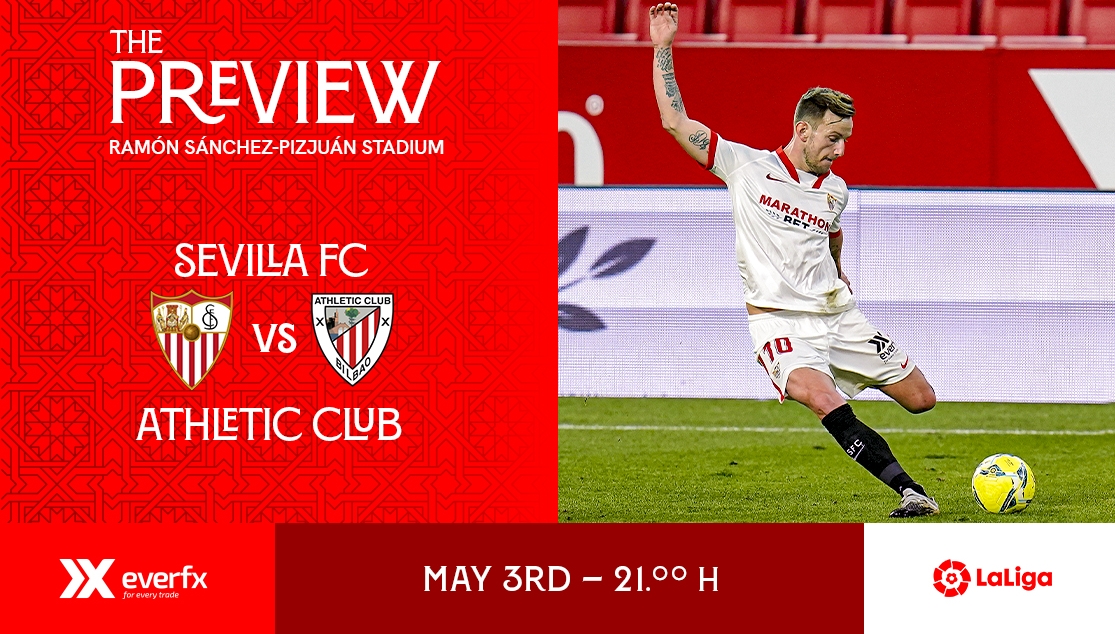 TIME TO KEEP UP THE PACE AGAINST ATHLETIC CLUB

Sevilla FC had the advantage that they would know their rivals' results before kick-off. But, as it has turned out, none of the top three slipped up and Sevilla will need their sixth win in a row to keep up with them. Julen Lopetegui's team play again at home after last week's victory against Granada CF and they do so against an Athletic Club who have lost two Copa del Rey finals and drawn at home against Real Valladolid, but who came out on top of league leaders Atlético Madrid just eight days ago at San Mamés.

The main doubt for Sevilla is Jules Koundé who has been wrapped up in cotton wool after suffering some knocks during the week. Lopetegui, as usual, gave away no hints in the pre-match press conference and we will have to wait until the squad is released to see what happens with the French centre-back. It also remains to be seen whether Tomás Vaclík rejoins the squad after injury problems of his own. Jesús Navas, Acuña, and Koundé are also one booking away from suspension with the next game against none other than Real Madrid away from home.

Navas, Koundé and Acuña are one booking away from suspension

Against Sevilla will be a highly competitive Athletic Club managed by Marcelino. After the Spanish Super Cup glory at the start of the year, the Basque side faced a double Cup blow, losing two Copa del Rey finals in the space of weeks. This will actually be Bilbao's sixth game in Seville this season after visiting Betis in the league and Cup and the three Cup finals at La Cartuja. Now they come to Nervión against a side they beat in the first half of the season. Athletic will be looking for three points in their hunt for the Europa League spots.

Marcelino will be without Muniain, Yuri, Oier, Capa and Nolaskoain. The match will be refereed by Jesús Gil Manzano. Under his watch, Sevilla have draws away to Barcelona and at home to Real Valladolid.