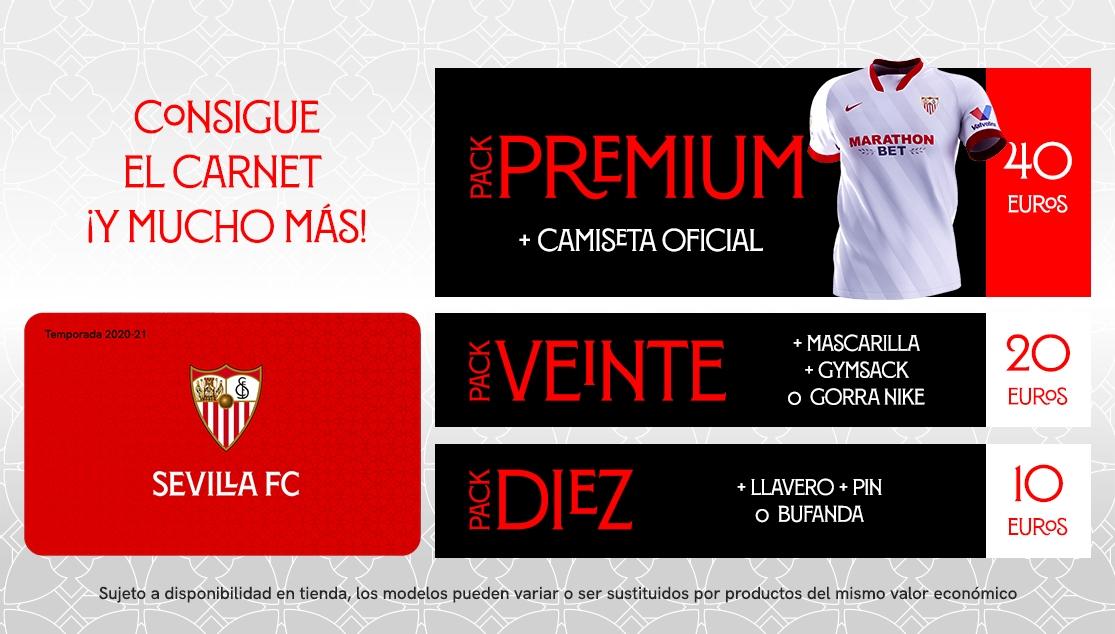 GET THE 20/21 SEASON TICKET AND SHOW OFF YOUR SEVILLISMO

Listening to our fans, the Club has decided to launch three different packs to obtain a symbolic version of this season's season ticket

If anything characterises Sevilla FC, it is the passion of their fans. Fans who, although they cannot be at the stadium, continue to show their unconditional love for the team and push them on. Sevilla FC is much more than what happens on the pitch and it is a feeling that is shown with pride. As such, listening to our fans, the Club has decided to launch three different packs to obtain a symbolic version of this season's season ticket.

The pandemic did not just leave Sevillistas without the chance to go to the Ramón Sánchez-Pizjuán, it also indirectly deprived season-ticket holders of the chance to obtain their season ticket in person, as the Club decided to automatically renew all season tickets and memberships from the 2019/20 season.

The Club have launched three packs to satisfy this demand and the options are the following:

Pack 10: season ticket plus keychain/pin or a scarf.

Pack 20: season ticket plus Sevilla FC mask and a bag for the gym or cap.

The packs costs 10, 20 and 40 Euro respectively and include delivery costs.

A Sevillista never surrenders, there is always some way to continue showing their love for the team.

The packs can be purchased through this link on Sevilla FC's official website.