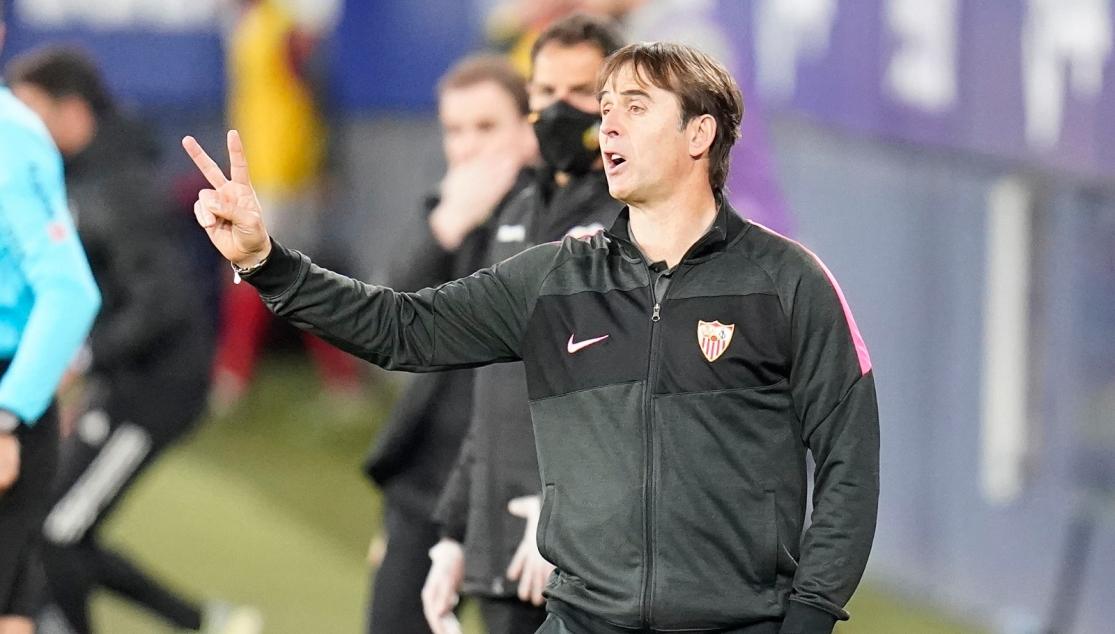 LOPETEGUI: "WE PLAYED WELL IN ALL ASPECTS"

Julen Lopetegui, Sevilla FC manager, offered his thoughts on his side's 2-0 away win against Osasuna in LaLiga: "We played well in all aspects, both in defence and attack, by trying not to shy away from our way of attacking and by trying to solve the difficulties presented by an intense opponent. We picked up three well-deserved points against an opponent who only created one chance, the first one. Today is an important day for Sevilla fans, as today is two years since the passing of Roberto Alés, and this win is for him and his family. Of course we're happy".

"When the team is good, the individuals also shine through. It's true that the players you named played at a very high level and that is important, we want everyone who comes on to be ready. That's already gone now, it's time to look forward, think about recovering, and we'll hope that there are no nasty surprises in terms of fitness as we look to work on the next match", continued the Basque manager.

Finally, Lopetegui stated that "We always talk about going game by game, but it's the only reality. Now it's time to think about Barcelona after finishing this tough match against Osasuna".