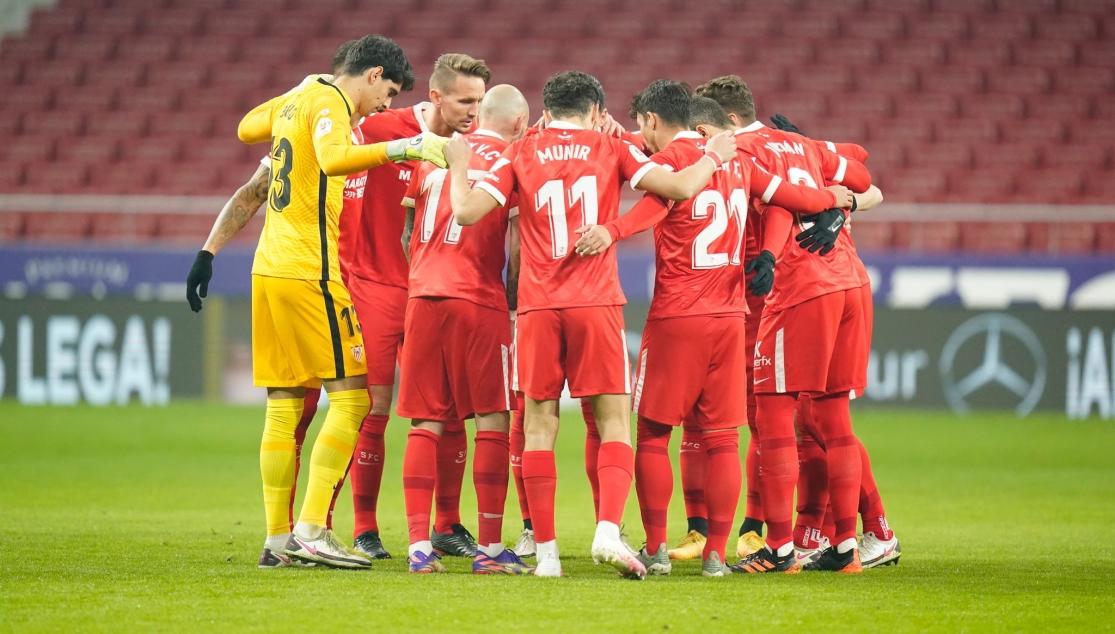 Julen Lopetegui's side, with Bono in goal, are yet to concede in the Copa del Rey after 300 minutes of action

Sevilla FC progressed to the Copa del Rey Round of 16, after beating CD Leganés in extra time. Julen Lopetegui's side kept a clean sheet, which extends the Nervionenses' run of not conceding in this tournament this season to three matches. The only other top-flight side to keep three clean sheets in their three cup matches so far this season are Osasuna. Excluding the four Super Cup participants, who will play their first cup matches in midweek, the only other team who can join Sevilla and Osasuna are CD Tenerife, provided they keep a clean sheet this afternoon against Villarreal.

The run began on 16th December with a 3-0 win away at Ciudad de Lucena, before the side kept another clean sheet in a 2-0 triumph at Linares Deportivo on 5th January. Yassine Bono was in goal for both those matches, as well as last night's match at the Wanda Metropolitano, and he is yet to concede in this competition, which is also thanks to the great work of the whole team, both in attack and defence. This is another example of the solidity that Julen Lopetegui's team have, with 37 clean sheets in 81 matches since his arrival.

In this new, demanding Copa del Rey format, Sevilla have won their matches 3-0, 2-0 and 1-0, with their margin of victory decreasing as the rounds go on, but they have always kept the clean sheet that allows them to progress. Meanwhile, Osasuna progressed with a 6-0 win at Tomares, a 3-0 victory at Olot, before winning 2-0 at recently relegated Espanyol. As for CD Tenerife, ahead of their match this evening, they won 2-0 at both Sestao River and Castellón.

Sevilla FC also won away from home in extra time for the first time in almost fourteen years. The last time they did so was in 2007 against Shakhtar Donetsk in the UEFA Cup Round of 16, when goalkeeper Andrés Palop famously sent the tie to extra time with a last minute header, before Chevantón scored the winner in extra time. The last extra-time win in Nervión came in 2006, on that famous Feria Thursday, when Antonio Puerta scored in the 100th minute against Schalke 04 to send the Nervionenses to their first UEFA Cup Final.