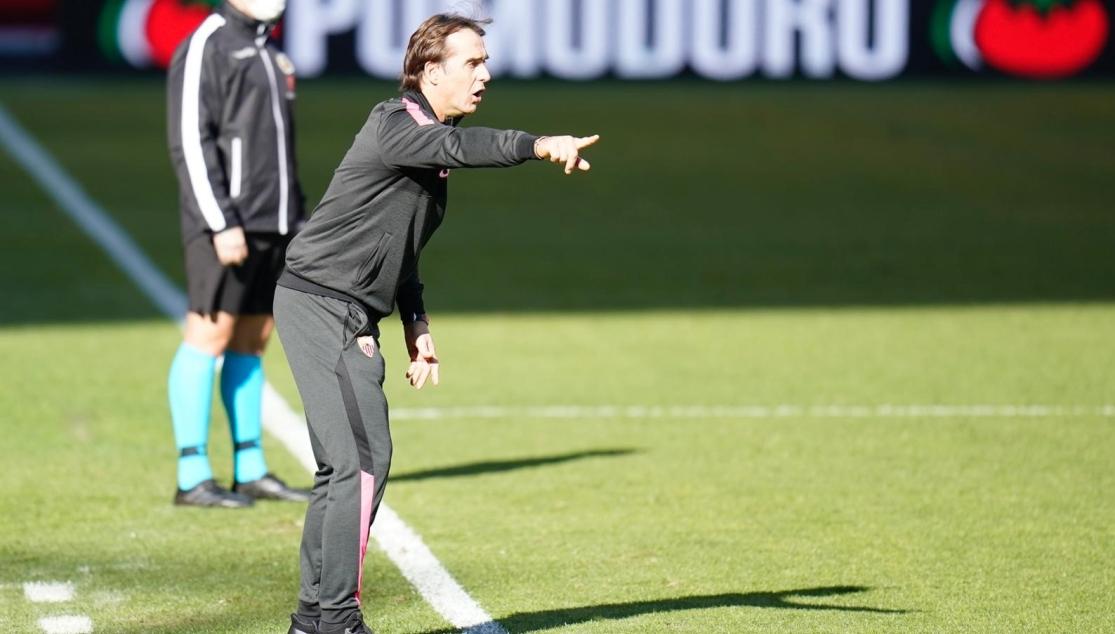 The Basque manager has an average of 1.85 points per game in LaLiga since his arrival at the club

Yesterday afternoon, Sevilla FC picked up all three points with an important 3-2 win against Real Sociedad at the Ramón Sánchez-Pizjuán, a win which places the Nervionenses level on points with the Basque side with three games in hand. Youssef En-Nesyri's hat-trick secured all three points, with his goals putting the hosts in front on three occasions. The Moroccan's stunning performance also brought up a milestone for Julen Lopetegui, as he has now reached 100 points in LaLiga as Sevilla FC manager.

The Basque manager reached exactly 100 points with yesterday's win, thanks to the 70 points he picked up in the 2019/20 season and the 30 points won so far this season. Lopetegui reached the milestone after 54 matches in charge, with 38 last season and 16 this season, up to and including yesterday's win against Real Sociedad. These numbers give him an average of 1.85 points per league match since his arrival in June 2019.

Last season, Sevilla FC reached 70 points in LaLiga, with an impressive record of 19 wins and 13 draws, with just six defeats, while this season the Nervionenses have won nine and drawn on three occasions, which gives the Basque manager a record of 28 wins, 16 draws and just ten defeats, less than one defeat every five matches.

The match against the side from San Sebastián was the 25th match of the season in all competitions for Sevilla FC, with 16 in the league, six in the UEFA Champions League Group Stage, two in the Copa del Rey and one in the UEFA Super Cup against Bayern Munich. In these matches, the team have achieved fifteen wins and four draws, with the other defeats coming against Chelsea FC in the Champions League and an extra-time defeat against the Bavarians in Budapest.