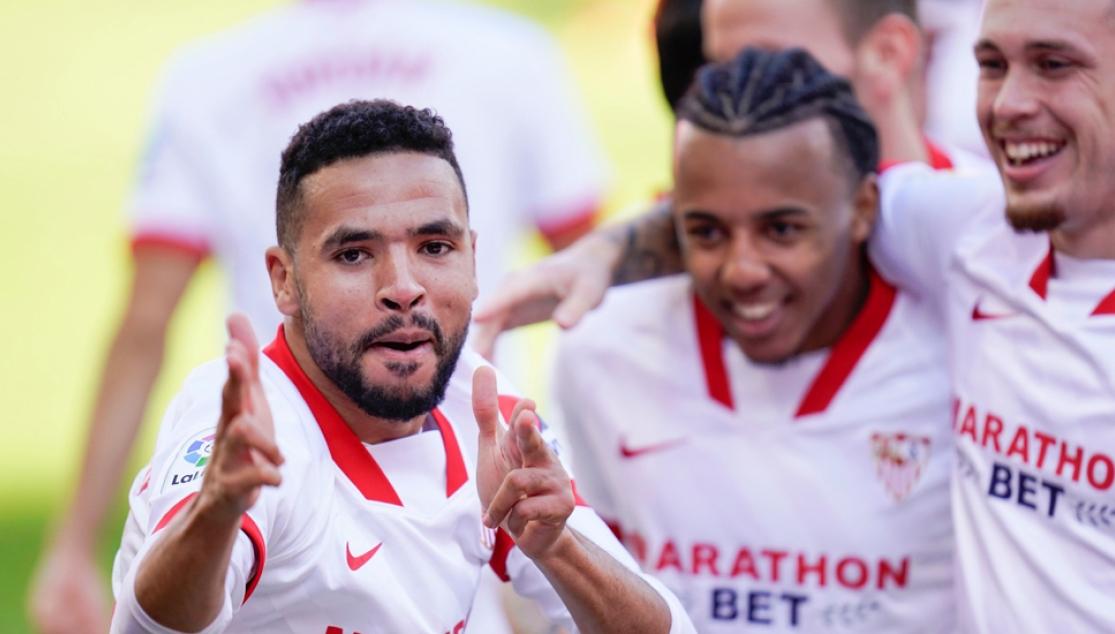 Just like Ben Yedder did, the Moroccan scored three goals against Real Sociedad

Wissam Ben Yedder scored five hat-tricks during his time at Sevilla FC. His last one came on 10th March 2019, nearly two years ago, in a spectacular display as the Nervionenses beat Real Sociedad 5-2 at the Ramón Sánchez-Pizjuán. The side from San Sebastián have returned to Nervión twice since then, and have lost on both occasions despite scoring twice. And again, a Sevillista scored a hat-trick. Youssef En-Nesyri followed in the Frenchman's footsteps, which also brought up his first hat-trick for the club.

In fact, this was not the first time the Moroccan striker had scored a hat-trick in LaLiga, as, one month before that Ben Yedder hat-trick, he scored three goals against Betis for Leganés at Butarque. Strangely enough, like yesterday, Javier Alberola Rojas was the referee. En-Nesyri has also beaten his goalscoring record for a season, even with over half of the season left to play. His best season had been in 2018/19, when he scored 11 goals in all competitions (nine in LaLiga and two in the Copa del Rey) for Leganés. He is already on 12 for this season, with eight goals in LaLiga and four in the UEFA Champions League.

En-Nesyri's first goal yesterday was also set up by an unlikely source, with Fernando Reges setting up his second goal of the season, after his assist for Munir in the win against Celta de Vigo. However, the assist for the winner was set up by no other than Lucas Ocampos. The Argentine now has four assists in LaLiga this season, and every single one set up the Moroccan to score, meaning that Ocampos has set up half of En-Nesyri's league goals this season.