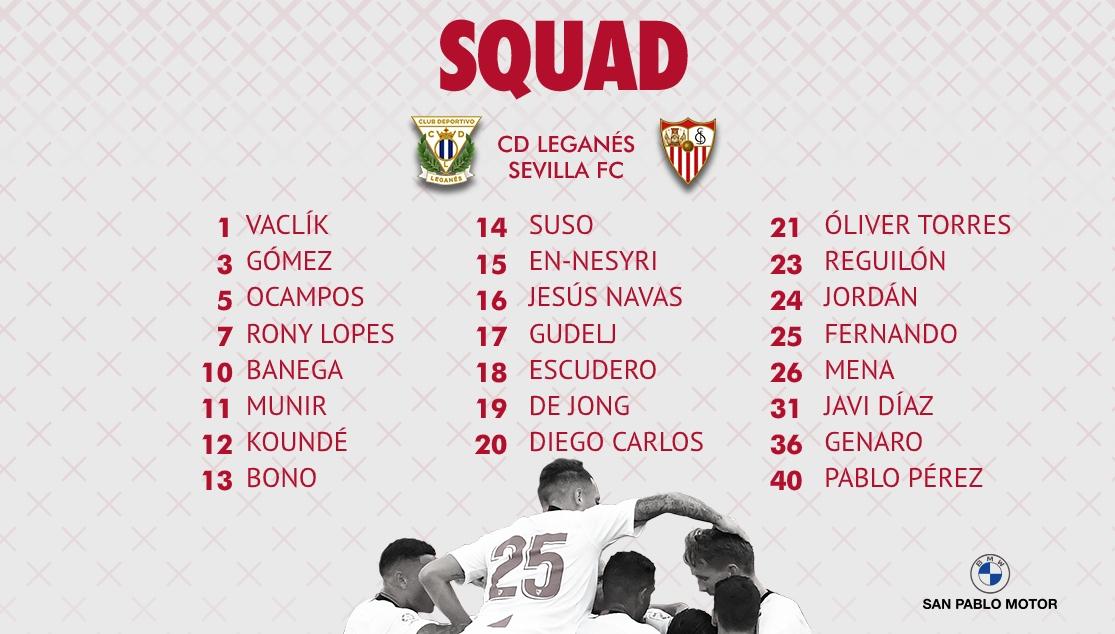 FRANCO VÁZQUEZ, THE ONLY ABSENTEE FOR THE TRIP TO LEGANÉS

Pablo Pérez, Genaro and Mena are in the 23-man squad

Sevilla FC have completed their final training session before travelling to Madrid this afternoon to face CD Leganés, the 33rd league match of the season. After giving his pre-match press conference, Julen Lopetegui has announced the travelling squad for tomorrow's match in the capital. Franco Vázquez is the only absentee after picking up a fifth yellow card against Real Valladolid on Friday.